Maddy: Today, I have the great pleasure of interviewing Ms. Lada Ray, author of her newly released metaphysical adventure, The Earth Shifter! Lada is also author of the ongoing Accidental Spy Series, including the bestselling Gold Train (Accidental Spy Russia Adventure), and Stepford USA; and creator of a new YA fantasy series, Earth Keepers Chronicles. Book one, Catharsis (Legend of the Lemurians) is currently available, and more books in this charming series of novelettes are on the way.
–
I’ve recently read The Earth Shifter and must say I was blown away by the characters, settings and multiple story lines which all worked so well together driving the story to a spectacular spellbinding conclusion. I was intrigued by the spiritual and moral messages, as well as the poetic descriptions of Siberia and metaphysical realms of our planet Earth. You can probably tell that I’m a big fan of Lada’s writing. Needless to say, I was happy to write a review in which I conveyed my impressions and feelings, which can be read here.
–
Let’s begin our interview. Welcome, Lada!
–
Lada: Thank you, Maddy, for such a glowing introduction. I’m very happy to be a guest on your wonderful spiritual blog, which I enjoy immensely!

M: I’d like to start by saying that Sasha, The Earth Shifter’s young protagonist, is a wonderful role model for teenagers and adults alike. How did you come up with this character? You attribute certain superhero qualities to Sasha, and she manages her responsibilities quite well. Is she reminiscent of a young Miss Lada Ray, our intrepid world adventurer? Casting that Twilight girl, twatzherface, is (ahem) interesting too.

Sasha
–
L: For me, Sasha is a dream of a perfect human being – something perhaps we all strive for. Yet, as those who’ve read the book would notice, Sasha is all too human. A reader can relate to her struggles and trials, as well as her accomplishments. We can root for her as well as see ourselves in her shoes. It is this combination that gives her special credibility. I think every writer tends to impart certain personal qualities on her characters, and to a certain degree so did I. 🙂
Kristen Stuart so far came closest to Sasha’s image, but the search for a perfect Sasha is still ongoing, so let’s consider the pic above just a placeholder, shall we, LOL.
–
M: There is a strong spiritual message that Tengis, the shaman, brings to the book. He shares timeless wisdom as well as spiritual guidance. Tengis has an enormous responsibility, both as the Earth Keeper and mentor to the Key. Yet he’s very human and real, as are the other Earth Keepers. I love all the Earth Keepers’ characters in the book. In my opinion, the Earth being watched over by the Keepers would be a much better and safer place to live in. I wish they really existed, as I must confess, I’d sleep much better knowing they’re on the job. Alas, The Earth Shifter is a fantasy, but to paraphrase Voltaire: “If there were no Earth Keepers, then they should have been invented.” Oh awesome, you did invent them!
–
L: First, who said this was just a fantasy? How do you know there are no real Keepers watching over us right now from a nebulous realm located between Heaven and Earth? 😉 Remember the Comet of Karma? Seemingly, it was also a fantasy and my invention, yet look at the meteor that just recently exploded over Russia, as well as the comet that just missed the Earth only by 17,000 miles, which is a pittance by cosmic standards! The interesting thing was that both of these celestial bodies behaved exactly as described in the book. How’s that for fantasy becoming reality!
–
M: Touche. Yes those recent events blew my mind, it’s eerie but you certainly called it in your book. The comet put a completely new perspective on The Earth Shifter and your writing. But how did you come up with the character of Tengis and those of the other Earth Keepers?
–
L: Sometimes I see things and so several years ago, Tengis materialized before my eyes, just as he’s described in the book: a small, bowlegged man, with his rare, all-white Asian beard, squinty eyes, which are able to pierce into other dimensions, and smoking his perpetual pipe. He is a composite of the wise men our human civilization was able to produce throughout the ages.
The venerable institution of the Earth Keepers is another thing that just popped into my head. Chapter one, where The Earth Keepers met in 1908 to decide the fate of this human civilization just as the Comet of Karma was about crash into the Earth, was the original first chapter of the book. As a matter of fact, it was also the very first piece of real fiction I’ve ever written. Apart from some polishing, tightening up and editing, Chapter 1 of The Earth Shifter has practically remained unchanged. It was from this chapter that I built the rest of the story.
Some readers and reviewers have told me that Tengis is the most formidable character in the book and that they would love to see one of the future Earth Shifter books crafted around him. I’m happy to say that I intend to give Tengis much more prime time in the future books. But incidentally, my new metaphysical series, entitled Earth Keepers Chronicles, is about the origins and ancient history of the Earth Keepers. It’s a prequel and companion series to The Earth Shifter. A quick and easy read, this series throws a very intriguing new light on The Earth Shifter events. The first book in the series: Catharsis, (Legend of the Lemurians) is available now on Kindle. New releases of both ebooks and paperback are planned for April, 2013. Stay tuned!

M: The characters in the book are all so fascinating! I loved them all and could relate to many of them, but one especially stood out for me. Perhaps because of her mysterious/ mischievous  spirit, or because she’s a true “New Yorker,” so to speak. I’m talking about that wickedly wanton, sultry and seductive brunette simply known as “Red.” She is a really powerful, enigmatic chick with the secret agenda, and layers of intrigue as deep as her lair. How did you come up with such a man-eating siren who resides in this magical subterranean Underworld castle? Will Red be featured in the next installment?
–
L: I was looking for a character Kei could fall in love with head over heals, and also a character which would juxtapose Sasha. While Sasha and Red travel in parallel realities within THE EARTH SHIFTER, there will be much more going on between them in the following books. No spoilers, but I guarantee that it will super-explosive!
As for Red’s living quarters, I needed something spectacular and completely unexpected, with a certain amount of shock value; something unparalleled, and something that would fit Red’s personality like velvet evening gloves. Her Underworld castle became that thing.
. 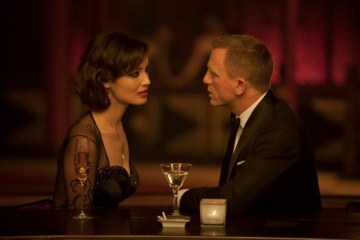