For our theme this week, Lisa has chosen “Only Time”. Hmmm, how to make the best use of our time… doing time, have some fun with Musical Themes of course! Well we can’t go wrong with the timeless classics, let’s make some time and listen. 🙂

From Wikipedia: A waltz (German: Walzer; French: Valse, Italian: Valzer), probably deriving from German Ländler, is dance music in triple meter, and if written, often written in time signature 3/4. A waltz typically sounds one chord per measure, and the accompaniment style particularly associated with the waltz is (as seen in the example to the right) to play the root of the chord on the first beat, the upper notes on the second and third beats.

The name “waltz” comes from the German verb walzen, in turn taken from the Latin verb volvere, which describes the turning or rotating movement characteristic of the dance. Although French writers have attempted to connect the waltz to the 16th century volta, firm evidence connecting this Italian form to the earliest occurrence in the mid‑18th century of walzen to describe dancing is lacking (Lamb 2001).

Classical composers traditionally supplied music for dancing when required, and Franz Schubert‘s waltzes (including the Valses Sentimentales and Valses Nobles) were written for household dancing, without any pretense at being art music. However, Frédéric Chopin‘s surviving 18 waltzes (five he wrote as a child), along with his mazurkas and polonaises, were clearly not intended for dance. They marked the adoption of the waltz and other dance forms as serious composition genres. Other notable contributions to the waltz genre in classical music include 16 by Johannes Brahms (originally for piano duet), and Maurice Ravel‘s Valses nobles et sentimentales for piano and La valse for orchestra (Lamb 2001).

Enjoy these Nocturnes, by Chopin!

Chopin: Nocturne in B major Op 9 No 3 – Heinrich Neuhaus

Tchaikovsky – Lake in the Moonlight, Waltz; Dance of the Cygnets

Waltzes for the soul – Compilation 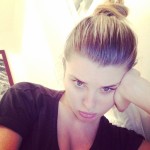