Great quote:
“Only those of us who dare to see both sides of the yin-yang contrast will achieve the coveted balanced state of consciousness. Such state sees all sides of the human condition, without undue embellishment or denial, while at the same time being focused on truth and light. It is a state of magic and mastery, when one can easily and naturally shift from the mode of hard work to the mode of quiet mediation, or to the mode of active play and adventure. Life is all that. Don’t confine yourself to any artificial cages, be it seeing only the dark side of life, or denying this side exists! We are here to experience life’s adventure in all manifestations!” 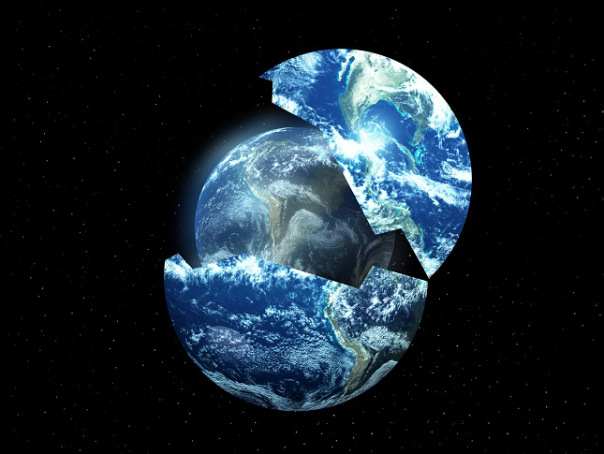 The global energy is slowly shifting. It’s getting a little quieter and a little more reasonable. This is not to say that we can relax, turn off our computers and go on permanent vacation. But it is a major, major achievement, nevertheless.

I can tell you with absolute certainty that together, we have averted the worst outcome! The absolute worst outcome would have been a global war – the last war for this human civilization. Should the plans of some, who used Ukraine to generate the conflict of unheard of proportions succeed, there would have been no one and nothing left to talk about.

The Earthly clock would be reset and this experiment, together with all of us, would have been shut town. This is speaking in the words…

This past week was Alexis de Tocqueville’s 210th birthday. This brilliant Frenchman’s insight into our national character still rings true nearly two centuries after he wrote his famous book “Democracy in America.”

Ever insightful and prophetic, Tocqueville understood the dangers of big government. He feared that over time big government would strangle the free will of citizens, diminishing our capacity to think and act for ourselves and reducing us to “a herd of timid and industrious animals of which the government is the shepherd.”

But he offered solutions! “He hoped that those having read his prescient book would come to understand… democracy require(s) great attention and careful management. Specifically, he hoped, we would strive ‘to preserve for the individual the little independence, force, and originality’ that remains to him. In other words, when looking at any given policy, our lawmakers might look not at the benefits for their home district, or vainly calculate attention from the next media hit, but rather look at what any given policy proposal’s long-term effect will be on securing freedom and rights. Making individuals stronger, more independent, more able to resist the tyranny of the majority and of a constantly growing administrative state is the goal.”

Enjoy this wonderful article about Tocqueville:

Sarah Palin remains “très formidable” because she’s wielded the power of good governance and therefore believes in its possibility, even now — even in our hour of “Big Pig Brother” Uniparty.

Her delight in Tocqueville’s solutions should be our delight.

(Though didn’t quite follow the cited author’s argument about Tocqueville equating the rise of abstract art to democracy. Abstract art came about with the development of photography; while some cubists and/or modernists, like Kandinsky, saw abstraction as a manner of depicting the spiritual realm. And notwithstanding the fact Hitler called abstract art “degenerate”.)

“The American Republic will endure until the day Congress discovers that it can bribe the public with the public’s money.” ― Alexis de Tocqueville

“America is great because she is good. If America ceases to be good, America will cease to be great.” ― Alexis de Tocqueville

“Democracy extends the sphere of individual freedom, socialism restricts it. Democracy attaches all possible value to each man; socialism makes each man a mere agent, a mere number. Democracy and socialism have nothing in common but one word: equality. But notice the difference: while democracy seeks equality in liberty, socialism seeks equality in restraint and servitude.” ― Alexis de Tocqueville

“Americans are so enamored of equality, they would rather be equal in slavery than unequal in freedom.” ― Alexis de Tocqueville

“I do not know if the people of the United States would vote for superior men if they ran for office, but there can be no doubt that such men do not run.” ― Alexis de Tocqueville, Tocqueville: Democracy in America

“everybody feels the evil, but no one has courage or energy enough to seek the cure” ― Alexis de Tocqueville, Democracy in America

“There are two things which a democratic people will always find very difficult – to begin a war and to end it.” ― Alexis de Tocqueville

“It is above all in the present democratic age that the true friends of liberty and human grandeur must remain constantly vigilant and ready to prevent the social power from lightly sacrificing the particular rights of a few individuals to the general execution of its designs. In such times there is no citizen so obscure that it is not very dangerous to allow him to be oppressed, and there are no individual rights so unimportant that they can be sacrificed to arbitrariness with impunity.” ― Alexis de Tocqueville

“Society is endangered not by the great profligacy of a few, but by the laxity of morals amongst all.” ― Alexis de Tocqueville, Democracy in America

“I have always thought it rather interesting to follow the involuntary movements of fear in clever people. Fools coarsely display their cowardice in all its nakedness, but the others are able to cover it with a veil so delicate, so daintily woven with small plausible lies, that there is some pleasure to be found in contemplating this ingenious work of the human intelligence.” ― Alexis de Tocqueville

“We can state with conviction, therefore, that a man’s support for absolute government is in direct proportion to the contempt he feels for his country.” ― Alexis de Tocqueville

This story is embarrassingly silly, it seems our Swedish counterparts are behaving as paranoid delusional like the West… any wonder NATO wants them in, LOL! 😀 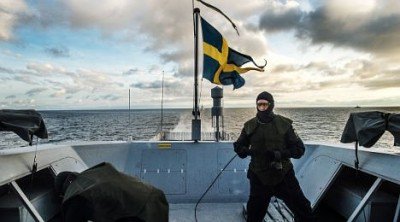 These days, Sweden is all agog. In the midst of the coldest summer in living history that deprived the Swedes of their normal sun-accumulating July routine, the country plunged into an exciting search for a Russian submarine in the Stockholm archipelago, and (as opposed to the previous rounds of this venerable Swedish maritime saga) this time they actually found the beast.

Now we know for certain the Russians had intruded into Swedish waters! The Swedish admirals and the Guardian journalists probably feel themselves vindicated, as they always said so. Does it matter that the U-boat was sunk one hundred years ago, in 1916? Surely it does not, for the Russians are the same Russians and the sea is the same sea!

I would continue in the same vein and have a lot of fun, but many innocent readers (especially on the internet)…

Wonder how Washington’s gonna spin this one? 🙂 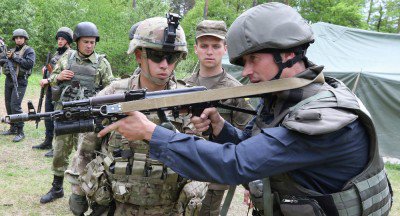 The soldiers carried assault rifles in their luggage, but had no approval, Kurier reported.

A few days ago, a group of American soldiers caused a security alert at Vienna’s Schwechat airport. The men were stopped while trying to travel with army weapons to Ukraine without any necessary permits, the newspaper wrote.

The Austrian police had to intervene and remove the weapons. An investigation into the case was launched.

The nine US soldiers were on their way from Washington to Ukraine, where they were to be deployed.

“However, since there were problems with their connecting flight after a stopover in Schwechat, they had to rebook their flight and, therefore, leave the transit area,” Colonel Michael Bauer, Defense Ministry spokesman said.

M16 assault rifles and pistols were discovered in the luggage of the American soldiers at a security checkpoint. The incident caused huge shock, because the weapons were not declared and registered and, thus, carried illegally.The soldiers had not obtained the…