This right to travel freely had always been the law of the land, upheld by the Supreme Court to this very day. Sadly state gov’t, legislators and law enforcement think differently. 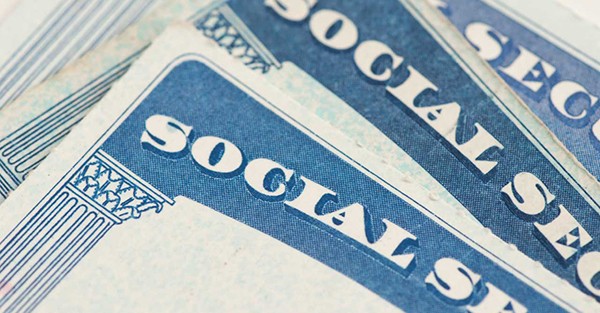 On August 14, 1935, President Franklin Roosevelt arrived at his desk to sign the Social Security Act into law.

It had been a contentious legislative process, something like the Obamacare of its day.

Fiscally conservative politicians derided the program for its obvious long-term costs, the massive bureaucracy that it would create, and the huge tax increase that it represented on workers.

But Roosevelt was able to find support, and the law was passed.

And just before signing it, he proudly proclaimed that the law would go down in history “as a protection to future administrations of the Government against the necessity of going deeply into debt to furnish relief to the needy.”

Needless to say, that didn’t happen. Quite the opposite, actually.

Just like most western governments, the US government has gone deeply into debt to fund its social insurance programs.

Officially, the US government is now $18.5 trillion in debt, and Social Security is the biggest financial sinkhole in America.

Social Security’s various trust funds currently hold about $2.7 trillion in total assets; yet the government itself estimates the program’s liabilities to exceed $40 trillion.

And Social Security’s second biggest trust fund, the Disability Insurance fund, will be fully depleted in a matter of weeks.

The trustees who manage these massive funds on behalf of the current and future retirees of America are clearly concerned.

In the 2015 report of the Social Security and Medicare Board of Trustees they state very plainly:

“Social Security as a whole as well as Medicare cannot sustain projected long-run program costs…”, and that the government should be “giving the public adequate time to prepare.”

Now, we always hear politicians say that ‘Social Security is going to be just fine’. So this Board of Trustees must be a bunch of wackos. Who are these guys anyhow?

These are the folks who sign their name to the report saying that Social Security is going bust, and that Congress needs to give people time to prepare.

And prepare they should.

The US Government Accountability Office recently released a report showing that tens of millions of Americans haven’t saved a penny for retirement; and roughly half of Baby Boomers have zero retirement savings.

This means that there’s an overwhelming number of Americans pinning all of their retirement hopes on Social Security.

Bad idea. In a recently proposed resolution, H. Res 488, Congress states point blank that Social Security “was never intended by Congress to be the sole source of retirement income for families.”

Apparently they got the message from the Social Security Trustees and they want to start preparing people for the inevitable truth.

This is no longer some wild conspiracy theory.

Ultimately this is a just another chapter in the same story– that government cannot be relied on to provide or produce, only to squander and fail.

Sure, their intentions may be noble. But this level of serial incompetence can no longer be trusted, nor should we be foolish enough to believe that some new candidate can fix it.

If you’re in your fifties and beyond, you’re probably going to be OK and at least get 10-15 years of benefits.

Fortunately you have time to recover. Time to build. And time to learn.

Financial literacy is absolutely critical here, which includes the ability to both generate income and manage money, two things that aren’t taught in the government controlled education system.

You might also consider some lifestyle adjustments, which may include moving abroad where your money can go much, much further.

Ultimately, learning to rely on yourself is no easy task, but it is an incredible opportunity to become more free.

And in doing so, one day you will no longer panic about the decisions being made by incompetent bureaucrats, because you will be the one in control of your own fate.