Putin’s “Line in the Sand”: No “Regime Change” in Syria “Obama administration officials, who have been negotiating with Turkey for months, said Thursday that they had reached an agreement for manned and unmanned American warplanes to carry out aerial attacks on Islamic State positions from air bases at Incirlik and Diyarbakir. The agreement was described by one senior administration official as a “game changer.” New York Times, July 23, 2015

Obama Concedes to Putin After NATO’s Support of ISIS Exposed

The Obama administration is no longer publicly asking for “regime change” in Syria after multiple news reports revealed how NATO and its allies have spent years supporting Islamic jihadists to try and topple Syrian president Bashar al-Assad.

“The United States and our partners are not seeking so-called regime change,” Kerry told reporters on Tuesday after meeting President Vladimir Putin.

This is a huge concession from the Obama administration considering the president spent the past several years stating “Assad must go.” 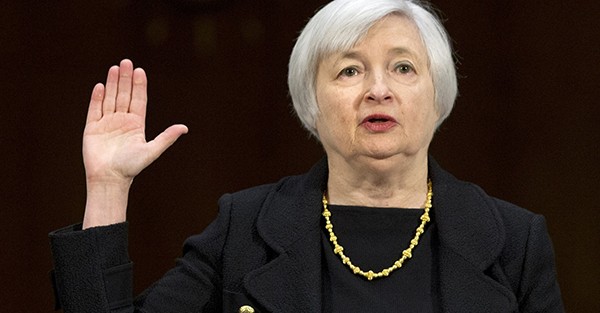 When you think of the word ‘money’, the first thing to come to mind is probably those pieces of paper in your pocket.

High school economics textbooks teach students that ‘money’ is a medium of exchange, a store of value, and a measure of account.

And while all that fancy-sounding language may appropriately describe the ways in which we use money, they do not define what money actually is.

Money is not a medium of exchange. Nor is it the paper in your wallet.

In actuality money is a unit of measurement.

This idea of measuring economic value was something passed down from the ancient Greeks thousands of years ago.

They minted coins to define units of measurement for economic value, and they developed the concept of the marketplace as a way for the public to fairly and efficiently determine the economic value of a particular good or service.

There was no more guesswork; the value of a quart of olives, or a single sheep, could be quickly assessed and easily communicated across an entire society.

And this idea of measuring economic value became just as important to the development of civilization as standard measurements for mass and length.

It would be next to impossible for a team of carpenters to build a house or bridge without first agreeing on standards of measurement.

If I defined distance based on the width of my thumb, and you defined it using the length of your cat, we’d hardly be able to communicate professionally.

Similarly, we could never expect the modern economy to develop and flourish without first agreeing how to measure economic value.

And this is what’s so terribly wrong with our modern financial system.

We have ceded control of this definition of economic value to an unelected committee of bureaucrats.

I’ve long been critical of this, and I’m convinced that if benevolent space aliens visited our planet, they would be utterly bewildered at our financial system.

Now, in fairness, the same thing has happened with other units of measurement.

The International Bureau for Weights and Measures has given us a very clear definition for a meter and kilogram.

But it’s different with money.

In the United States, for example, the Mint and Coinage Act of 1792 very precisely defined the unit of economic value in America: 371.25 grains of pure silver.

And this definition lasted from the birth of the nation all the way up through it becoming the largest economy in the world.

But today it is no longer the same. The dollars you have in your pocket have nothing to do with silver anymore.

Americans’ standard measurement of economic value is now exclusively controlled by the Federal Reserve. And they are not shy about changing it.

Yesterday the Fed unsurprisingly announced that they were going to raise interest rates for the first time in nearly a decade.

In doing so, they have effectively changed the value of money and hence adjusted the unit of measurement for economic value.

Strangely, the Fed views this as one of its missions; they openly acknowledge that they strive for an annual inflation rate of 2%.

2% might not sound like much, but over the course of time it really adds up. It means that within a single lifetime, your unit of economic value will be reduced by more than 75%.

Just imagine if a committee of unelected bureaucrats periodically made significant changes to the value of a gallon.

Or if their stated goal was to reduce the value of a kilometer by 2% per year.

It would be utterly ridiculous, affecting the lives of just about everyone. Some would be better off, some would be worse off.

Taxi drivers, for example, would make a lot more money at the expense of their passengers if the value of a kilometer were debased.

The distance between Point A and Point B would increase when expressed in kilometers, so you’d be paying more every time you jumped in an Uber.

Similarly, shipping companies would make more money at the expense of producers who have to transport their products.

Money is no exception. Whenever central bankers adjust the unit of measurement for economic value, there are winners and losers.

Banks and governments tend to do very well when their friends at the central bank manipulate the value of money.

And as you can imagine, the average guy on the street is not the winner.

So it’s no surprise that the middle class in the Land of the Free is no longer the largest segment of the population, according to a recent report by Pew Research.

Or that the birthrate in the Land of the Free is nearing an all-time low, due in large part to the rising costs of having a child.

That’s our financial system. It’s is based on unaccountable, unelected committees deciding who wins, and who loses.

And they’ve decided that you’re going to be a loser.

Once you understand this simple truth, you have a very important choice to make: let them continue to determine your economic future, or take charge of it yourself.