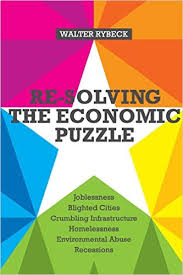 In Re-Solving the Economic Puzzle Walter Rybeck, a former urban affairs official in the Johnson, Nixon and Carter administration, proposes to end the ruling elite’s monopoly on land and natural resources through land value taxation*, ie by gradually replacing income, company, sales, and property taxes with a tax on unimproved land and resources.

According to Rybeck, 3% of the US population own 95% of private land. Ted Turner alone owns two million acres, equivalent to nearly two Rhode Islands. In many cities, a few wealthy families own all the prime downtown sites would accomplish all these objectives. The US financial elite also enjoys a monopoly on scarce natural resources, such as oil.

Hilarious for the holidays. 🙂

Warning! This post is for those who really want to know what’s happening in Ukraine, and for those who have a sense of humor. If it seems unusually sarchastic for my style, well, that’s because the idiocracy in Ukraine and USA has reached such heights that it’s not possible to talk about it seriously any more. Remember my old mini-series: “Crazy Asylum Called Ukraine”? Alas, Ukraine has regressed well past that stage. Shall we call the new stage: ‘IDIOCRACY PLUS’ ?

IDIOCRACY PLUS IN ACTION!

Just after US VP Joe Biden visited Kiev, where he was given a standing ovation in the Kiev Rada, two interesting events happened, demonstrating how far gone this ukro-nazi regime has become, and how hopeless it is for the future of the poor, long-suffering people of Ukraine.

First, let’s see what happened during Biden’s visit. It wasn’t like…

To sum up Putin: Washington, stay out of Russian affairs!

In 3+ hours, Putin answered scores of questions from all areas of life, asked by international journalists.

The Russian President Vladimir Putin has held his 11th annual news conference with a special focus on international events. Similar Q&A sessions in the past have lasted up to several hours. The record was set in 2008, when Vladimir Putin spent 4 hours and 40 minutes speaking with journalists – LIVE UPDATES http://on.rt.com/6zp2

Putin: I am very proud of my daughters, but I never discuss family, they’re not involved in politics and business