“The Serenade in B-flat major for 13 wind-instruments, K. 361, is far from an arrangement. Mozart had begun it in Munich at the beginning of 1781, at the time of the performance of Idomeneo, and completed it in Vienna, at the time of his most strenuous efforts to escape from the bonds of Salzburg. In composing it he probably had in mind the excellent wind-players of Munich, as well as the intention of once more trying to insinuate himself into the favor of Carl Theodor by means of an extraordinary piece. We have no evidence that the 13 players ever actually came together in Vienna; there  exists an arrangement of this work for the four customary pairs of winds (K. Anh. 182), which may very well have been Mozart’s own idea. The contra-bassoon is not named in the autograph: Mozart calls for a double bass. But this in no way contradicts the ‘open-air’ character of the extraordinary work, which, in any case, rises above any question of purpose into ideal regions. Whether the title Gran Partita, which perhaps hints at performance in the open, was affixed by Mozart himself, is uncertain—the authenticity of the handwriting of this title in the autograph is doubtful.

“The fascination of the work emanates from its sheer sound. There is a continuous alternation between tutti and soli, in which the part of the soli is usually allotted to the two clarinets; a constant reveling in new combinations: a quartet of clarinets and basset horns, a sextet of oboes, basset horns, and bassoons over the supporting double bass; oboe, basset horn, and bassoon in unison, with accompaniment—a mixture of timbres and transparent clarity at the same time; an ‘overlapping’ of all the tone-colors, especially in the development section of the first movement. No instrument is treated in true concertante fashion, but each one can, and strives to, distinguish itself; and just as in a buffo finale by Mozart each person is true to his own character, so each instrument here is true to its own character—the oboe to its aptness for cantabile melodies, the bassoon likewise and also, in chattering triplets, to its comic properties. The two pairs of horns furnish the basic tone-color; but the fact that Mozart uses only the first pair in the first slow movement, a Notturno, is an indication of his supreme taste and skill: this is a scene from Romeo under starry skies, a scene in which longing, grief, and love are wrung like a distillation from the beating hearts of the lovers. The counterpart to this lyricism is found in a ‘Romance’ whose sentimentality is carried towards the point of absurdity by means of an oddly burlesque Allegretto, an ‘alternativo.’ A third slow movement, an Andantino with variations, has an episodic effect, each variation, however, offering new evidence of mastery. The same is true of the two Minuets, the second Trio of the one being in G minor, and the first Trio of the other in B-flat minor, and all the sections differing in character. A somewhat noisy Rondo forms the conclusion; one might call it a Rondo alla turca, for the theme of which Mozart seems to have recalled the Finale of his youthful four-hand clavier sonata. The Theme and Variations are taken from the Mannheim Flute Quartet K. Anh. 171—if this movement is authentic. But it probably is; very possibly, after the exertion and outpouring of invention of the first five movements, Mozart was willing to permit himself a little relaxation.” – Alfred Einstein

Merry Christmas & Happy New Year Tubes!
Thanks for trying to explain US Foreign policy via black hole physics. Lest you forget black holes actually serve a purpose in the scheme of things, creating matter and energy in other dimensions/universes.
US foreign policy serves no one except for short sighted psychopathic elite… a snake consuming it’s own tail.
Ultimately we just need more eggnog and good cheer to survive this geopolitical hangover.
“A Merry Christmas to us all; God bless us, every one!” 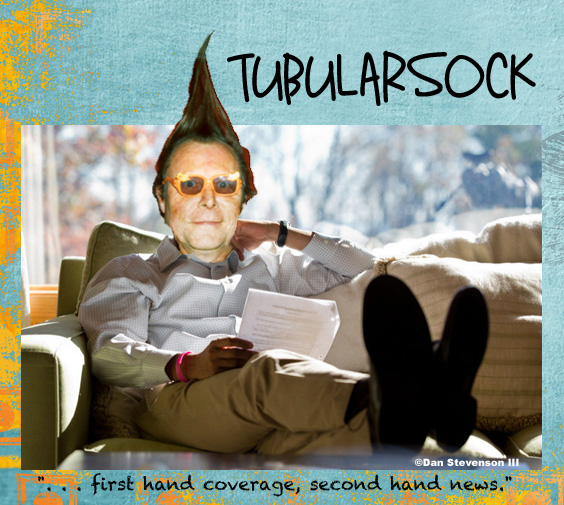 Tubularsock is going to have to pull out some information from Tubularsock’s almost, pretty close best seller, SPOOKY GEOMETRY  so as to explain American Foreign Policy.

Tubularsock knows that many are frightened of SCIENCE because as a student you may have had been forced to dissect a dead frog. Well, this is not “dead-frog-science”!

No this is WHAT-THE-FUCK science and once you understand this nothing will be too great for your new formed intellect.

Let Tubularsock began from the simple to the complex.

The United States is practicing BLACK HOLE foreign policy. This is obvious to the casual bystander but often is cloaked in a huge pile of bull shit, that American Presidents have preached over the years, saying that it doesn’t stink.

But YOU know it does. And Tubularsock will show you why ……….