Thx for the laugh!

Funny? Yes. Tragic? Also yes, as these people will be voting at the next election for their own Supreme Leader.

Is this the power of TV or is it ignorance? You be the judge.

Los Angeles, CA – With North Korea claiming to have successfully detonated their first hydrogen bomb one would assume Americans, particularly on the West coast, would be extremely alarmed at the news.Jimmy Kimmel took to the streets of Los Angeles to gauge people’s reaction to the news.To highlight how gullible the average American is Kimmel decided to sound excited and cheerful when asking about the recent nuclear test in North Korea. Rising to the occasion, the people on the… 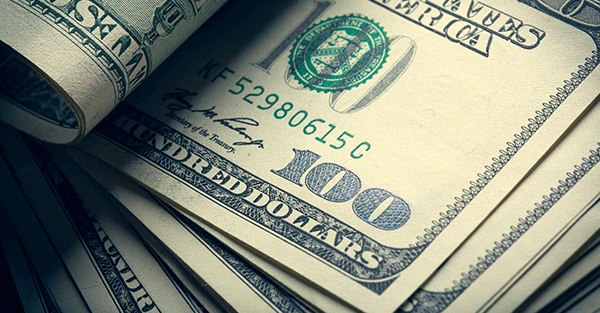 Switzerland is famous for being punctual.

The Swiss are so culturally punctual that they even tend to pay their taxes well in advance of the filing deadline.

So it was quite a shock to hear this morning that the Swiss canton of Zug is asking its citizens to delay paying their taxes for as long as possible.

The cantonal government doesn’t want to take in a pile of cash, only to end up paying the bank interest on all the tax revenue.

Interest rates in Switzerland are among the lowest in the world; the official policy rate set by the Swiss National Bank is MINUS 0.75%.

Initially these negative interest rates only apply to banks; minus 0.75% is a wholesale rate pertaining to transactions among banks, and deposits they hold with the central bank.

So if a bank is paying interest to hold funds with the central bank, eventually they’re going to pass that cost on to the consumer. Even if that consumer is the government.

According to the Financial Times, the cantonal government of Zug estimates that they will save $2.5 million in negative interest rate charges by delaying tax receipts.

Just consider the magnitude of this decision: the monetary system has become so screwed up that a local government doesn’t want its citizens to pay taxes early.

In fairness, it’s not just Switzerland. All across Europe, interest rates are negative.

In the Euro zone, the main policy rate is only slightly ‘less negative’ at minus 0.3%.

And many of the bonds issued by European governments also yield negative rates.

In other words, you have to pay money for the privilege of loaning a bankrupt government your money.

In Germany, bond yields are negative all the way out to five years. It’s insane.

Clearly any rational individual is much better off simply holding physical cash, rather than keeping substantial funds in a savings account.

Cash doesn’t pay any interest. But it doesn’t cost any either.

It’s pretty sad statement when the 0% you earn from holding physical cash is considered ‘high yield’.

Of course, governments know this. They realize that no rational person is going to want to keep money in a bank, especially as negative interest rates cascade into consumer banking.

And that’s a huge reason why there’s such a push to outlaw cash.

If even a small percentage of depositors decided to close their bank accounts and withdraw all their savings in cash, the banking system would collapse.

There simply isn’t enough physical cash in the system.

Plus most banks are so highly leveraged, and they lack the liquidity to honor any meaningful amount of withdrawal requests.

This is one of the fundamental dangers of negative interest rates.

Central bankers, in an absurd, desperate attempt to generate inflation, are accomplishing nothing more than destroying the banking system.

And even when it doesn’t work– even when the numbers prove that their ridiculous goal of increasing inflation isn’t working– they just keep trying the same thing over and over again, making interest rates even MORE negative.

These people have broken the concept of money.

Money is one of the most important social technologies in the history of the world, almost as important as language.

But they’ve destroyed that. And it’s so obvious now.

But cutting the price of money (interest rates) so far into negative territory, money has become so worthless that even a government doesn’t want it.

And in doing so they have created the most absurd problems imaginable.

It’s pretty clear that this is not a risk free environment.

And as my colleague Tim Price pointed out yesterday, there is no single solution to protect yourself from the consequences of this madness.

We discussed last week that holding physical cash is a great option to hedge short-term risks in the banking system.

But with so many politicians and idiotic economists calling for a ban on cash, plus all the greater risks with fiat currency, physical cash is only part of the answer.

But owning gold requires a steely-eyed, willful ignorance of the daily fluctuations in its paper price.

Gold is simultaneously a form of money… as well as an insurance policy.

Trading fiat currency for gold, only hoping to trade the gold back for more fiat currency at a later date, pretty much defeats that purpose.

But even gold is not a single solution.

It may also make sense to own shares of a productive business– ideally one that’s recession-proof, has minimal debt, and is managed by competent people of integrity.

There are plenty of other options out there, and this short list is by no means exhaustive.

But the larger point is to start thinking in this direction. Look at the obvious risks and determine what makes sense for your situation.

Most people will unfortunately succumb to the default option– doing nothing and assuming that it’s all going to be OK because the smart guys in government will figure it out.

But this is pretty dangerous thinking.

You won’t be worse off for taking sensible steps to protect yourself from undeniable risks.

But should any serious consequences ever arise from this financial madness, they’ll happen very quickly, and it will be too late to do anything about it.

And at that time, looking back, it will all seem so obvious.

Source: The state of the nation – The US is a dictatorship — Puppet Masters — Sott.net

“There will be, in the next generation or so, a pharmacological method of making people love their servitude, and producing dictatorship without tears, so to speak, producing a kind of painless concentration camp for entire societies, so that people will in fact have their liberties taken away from them, but will rather enjoy it, because they will be distracted from any desire to rebel by propaganda or brainwashing, or brainwashing enhanced by pharmacological methods. And this seems to be the final revolution.” — Aldous Huxley 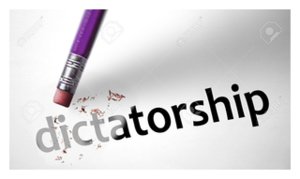 There’s a man who contacts me several times a week to disagree with my assessments of the American police state. According to this self-avowed Pollyanna who is tired of hearing…