Fresh off Lada’s press… check it out!

Are we about to witness yet another US failure in the Middle East?

ISIS holes up at Tabqa Dam to avoid airstrikes and to blackmail US if they attempt to take Raqqa!

Part of ISIS – Daesh (aka, ISIL) has holed up at Tabqa, Syria’s strategically most important dam, where they use high value hostages to shield themselves from bombings. The dam, if breached, will flood and devastate large parts of eastern Syria, creating massive humanitarian disaster for this long-suffering country.

Remember my prediction in ESR5: SYRIA GAME CHANGER? US would do everything to avoid colliding with Russia in Syria. This prediction is now playing out.

Russia primarily covers Syria’s long Mediterranean coast, up to the Turkish border. It is along the coast where the capital Damascus, Assad government, most of the population and Russian base are located. Slowly but surely, the territory controlled by Assad is expanding, thanks to… 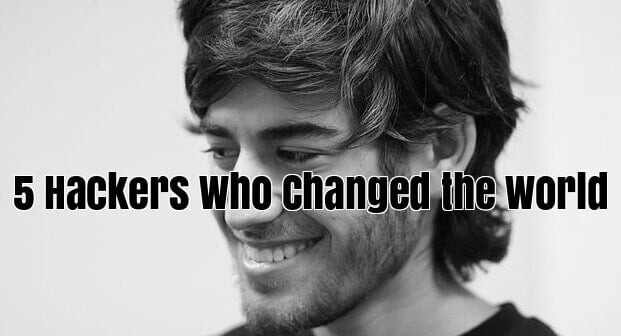 Hacking, a term used so harshly throughout society today to illustrate computer crime and nefarious individuals, but what if some of the world’s most profound technology leaders today got their start by hacking? Well shocking enough that’s the case for more than a handful of geniuses who have risen in the past few decades, changing the way use technology.

Whether it’s technology leaders or humble activists, some of the greatest minds have come from the background of hacking. Hacking is neither a term meaning computer crime nor abuse, but instead extending the rules and going beyond the limits. Hacking is about taking technology to the next level, developing, opening and tinkering code to create all sorts of wonderful tools and websites. Hacking is the sharing of information to build a better world. Hacking is a term that means much more than its portrayal.

Not all hackers are bad people and a huge portion of them are out there trying innovate and help secure the world. Here are 5 hackers who changed the world! 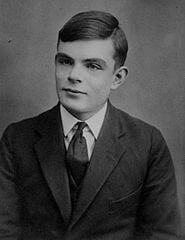 A name you may have heard but not know is Turing, more specifically a man named Alan Turning, who was one of the first modern hackers before computing really existed. Turing was quite a genius and believed there was a better way to archive vast databases of information without needing to employ hundreds of workers to sit and do the math all day, crafting a quite innovative idea in his head back in the 1930’s, thinking up the idea of modern computing before it even existed!

Turing developed quite an innovative machine, known as The Turing Machine, which was responsible for cracking the Nazi encryption system known as enigma, saving more British lives in World War 2 than any single person. Essentially Turing hacked the Nazi’s, winning Britain the war. Sadly, due to Turing’s sexual status he punished by the country and later commit suicide due to the adverse affects. Sad to say but this may have been one of the many great inventions Turing could have developed to change so many lives. 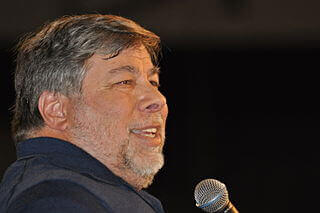 Many of you may not know, but that’s right, Apple’s co-founder Steve Wozniak, or Woz, started out as a hacker himself!

Woz got his start in hacking by making blue boxes, devices that bypass telephone-switching mechanisms which allow for anyone to make free long-distance calls. After reading an article about phone phreaking, Woz called up his good friend Jobs. The pair began researching frequencies, then built and sold blue boxes to their classmates in college. Wozniak even used one of his blue boxes to call the Pope and pretended to be Henry Kissinger.

Shortly after that Wozniak dropped out of college where he and Steve Jobs developed the technology giant today, Apple. 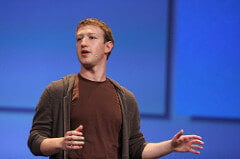 That’s right, one of the most influential people of all time even considers himself a hacker, explaining that it’s okay to exceed the boundaries, breaking and further developing code. Zuckerberg strongly believes in hacker culture, which is apparent aside from his lack of care for privacy, however he believes information should be shared freely and openly so people can further develop and expand projects.

You may not know, but hacking is a key ingredient to what spawned Facebook, after one night when Zuckerberg hacked into Harvard’s student record database. Hours later Zuckerberg developed a site, posting the stolen photos of college girls next to each other, where visitors could rate “who was hotter.” Zuckerberg did this in attempt to prove that it is possible to aggregate this type of information. Four hours, 450 visitors and 22,000 photos views later, Harvard pulled the plug on Zuckerberg’s site after an uproar fled through the campus.

A man worth over $40 billion who created one of the most visited sites online from his dorm room got his start as a young hacker! 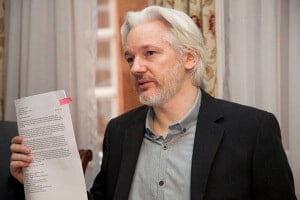 Largely known for his role in aiding whistleblowers, like Chelsea Manning and Edward Snowden, Julian Assange actually began his start on the Internet as an extremely skilled hacker, later using his talents for good and extreme political activism.

It all began in 1987, when Assange began hacking under the online alias, Mendax. Himself alongside two others, known as “Trax” and “Prime Suspect” formed an elite hacking group they called the International Subversives. During the time Assange and his crew were active, they caused extreme havoc, hacking into the Pentagon, the U.S. Department of Defense facilities, MILNET, the U.S. Navy, NASA, Australia’s Overseas Telecommunications Commission, Citibank, Lockheed Martin, Motorola, Panasonic, Xerox, the Australian National University, La Trobe University, and the University’s SRI international. Assange is believed to be tied to an additional attack involving WANK (Worms Against Nuclear Killers), an attack that struck NASA in 1989, however he denies any involvement with the hack.

Assange was eventually caught and charged in 1994, however in December 1996 he pleaded guilty, had to pay restitution fee’s of $2,100 and was released on a good behavior bond. After Assange’s amass of attacks he did a huge amount with his programming career, such as help develop and often help improve software.

Many years down the road in 2006 Assange and his peers created Wikileaks, an organization that publishes secret information, news leaks and even classified documents sent to by them from Anonymous sources they will go to all extents to protect. Wikileaks has served as a longstanding flagship of true freedom and anti-censorship.

Assange’s Wikileaks has helped some of the most notorious whistleblowers leak their information, including thehundreds of gigabytes leaked by army intelligence officer Chelsea Manning, alongside the NSA-whistleblower Edward Snowden who leaked top-secret documents on the wrongdoing of the government and NSA with mass spying.

Aiding these government targets has brought not only huge lawsuits, but actual criminal charges against Assange, who currently resides in Ecuador’s London embassy after having been granted political asylum in August 2012. Assange and his operations have been a fundamental step in true anti-censorship and freedom of information. 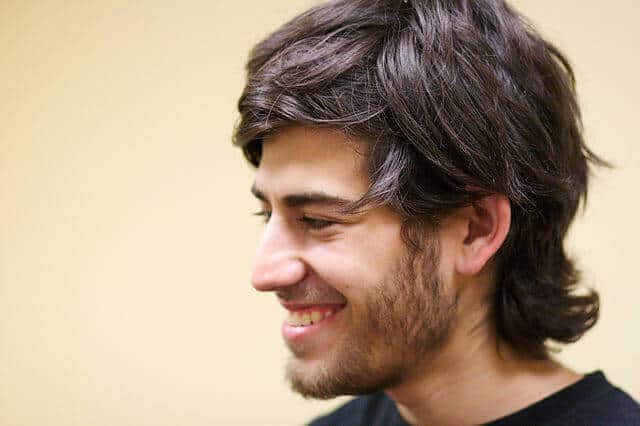 And number one being the the most prolific hacker of all time, Aaron Swartz. Not only was Swartz a hacker, he was an amazing computer programmer, political activist and true supporter of Internet freedom.

Aaron Swartz was not only a hacker but a true innovator, developing dozens of things such as RSS, the markdown publishing format, the organization Creative Commons, the website framework web.py, helped build a free public library at Archive.org, started campaigns to stop oppressive Internet bills and was one of the founding fathers of the front page of the Internet, Reddit. Aaron also authored Application/RDF+XML Media Type Registration for the W3C (World Wide Web) back in 2001. Aaron Swartz not only changed the world with his projects but also inspired thousands with his truly unique style.

Through his dozens of campaigns and relentless work, Aaron truly changed the Internet, opening access to so much information and fighting against dozens of powerful corporations trying to censor him and his work. Aaron often worked day and night to fight Internet censorship bills like SOPA, PIPA, CISPA among others, but he even developed an organization DemandProgress, a group that organizes people online to “take action by contacting Congress and other leaders, funding pressure tactics, and spreading the word” about civil liberties, government reform, and other issues.

Aaron’s truly heroic activism was met to a screeching halt when he was arrested under breaking-and-entering charges in 2011, after he had connected a computer to the MIT network in an unmarked location, setting it to systematically download academic journal articles from JSTOR using a guest account issued to him by MIT. With the amass of information Aaron had downloaded, he had planned to archive it on the web for free in a peer-to-peer file sharing service. Something Swartz was known for when he developed the Open Library back in 2006, when he downloaded the entire Library of Congress’s dataset and published it online for free, documents the library had charged access to view though it was non-copyright material.

It’s sad that such a true icon and activist past on January 11, 2013, just three years ago this month, from suicide. Many blame the legal system, who was working day and night to paint Aaron as a criminal, pressuring him with unfair legal deals, dozens of years in prison alongside millions of dollars in fines.

For the sake of the post we cannot cover all the amazing things Aaron did but to learn more about Aaron Swartz and who he was check out a film made out him: The Internet’s Own Boy (free to watch).

Aaron Swartz is a hacker that truly changed the world and helped sculpt the culture of the Internet as we know it today!

I agree, empowering others is the most enriching reward. Togetherness is the essence of scripture, and what the church should be striving for. Bravo!

I don’t, in fact I really dislike asking people to volunteer. It used to give me heart palpitations. Now, after over a decade of trying to convince people to give up their most valuable resource, their time, to support various needs in the church, I merely get mildly annoyed. But I still don’t like it.

Asking people to serve others, that is fine. If I am passionate about something I

love to  give others the opportunity to participate in our mission. The church, however, runs on the engine of volunteers. We have tasks to do and we need to convince people, who may or may want to do them, to do them. Or so I used to think.

I am actively moving out of the business of recruiting volunteers.

Instead of recruiting volunteers we, at Duneland Community Church, are working as hard as we can…