Hillary has many skeletons in her closet, what’s one more!
She’s not a peon, but an effective tool for the establishment.

WikiLeaks founder Julian Assange has spoken out against US presidential candidate Hillary Clinton, calling her a “war hawk with bad judgment” who gets an “emotional rush out of killing people.”

“A vote today for Hillary Clinton is a vote for endless, stupid war,” Assange wrote via the @wikileaks Twitter account on Tuesday.

Assange also highlighted Clinton’s “poor policy decisions,” which he said have “directly contributed” to the rise of Islamic State (IS, formerly ISIS/ISIL).

Stating that Clinton went above the heads of Pentagon generals when it came to Libya, he wrote: “Libya has been destroyed. It became a haven for ISIS. The Libyan national armory was looted and hundreds of tons of weapons were transferred to jihadists in Syria.”

He went on to state that Clinton did not learn from her mistakes, and set out to repeat history in Syria.

“Having learned nothing from the Libyan disaster Hillary then set about trying do the same in Syria. Hillary’s war has increased terrorism, killed tens of thousands of innocent civilians and has set back women’s rights in the Middle East by hundreds of years,” he wrote.

Referring to a CBS interview with Clinton in 2011, Assange expressed his disgust with her after she became “wild-eyed” and”publicly took credit for the destruction of the Libyan state,” gloating that “We came, we saw, he (Muammar Gaddafi) died!”

“In the momentary thrill of the kill, she had aped, of all people, Julius Caesar,” Assange wrote.

He concluded by saying that Clinton “shouldn’t be let near a gun shop, let alone an army. And she certainly should not become president of the United States.”

HILLARY MURDERED BERTA CACERES!
No, Hillary didn’t pull the trigger herself. She’s not a peon for Christ’s sake!

No Hillary was safe as can be but assisted in the overthrow of the Honduran Government by having President Manuel Zelaya abducted and took up the cause of supporting the new military dictatorship.

Even though by LAW the United States could not support this action and was required to place sanctions against the new military dictatorship. But because of WikiLeaks Hillary’s emails as Secretary of State show her approval of this illegal action. She supported it!

Now Tubularsock is not going to regurgitate the past history of the over throw of the democratic elected President of Honduras Manuel Zelaya in 2009. You can check it out for background if you need to but be careful because the CIA edits a lot of Wikipedia sites so research broadly.

Keep utmost in your mind… 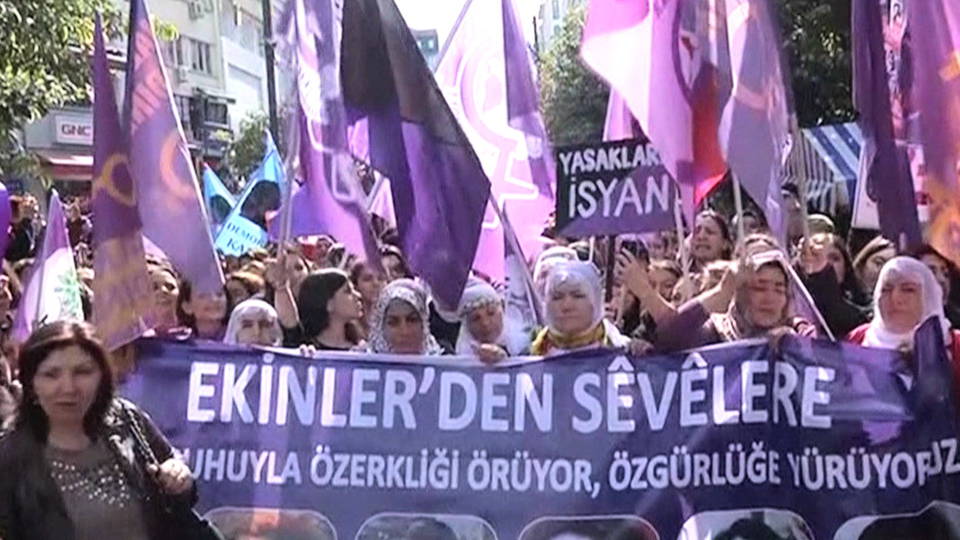 Meanwhile, hundreds of women gathered in Istanbul, defying a ban, to rally for gender equality ahead of Tuesday’s International Women’s Day. Riot police fired rubber bullets to disperse the crowd, but protester Guris Özen said women would not back down.

Guris Özen: “We have always said that we would never leave the streets for the March 8 demonstrations, and we never will. Neither the police nor the government can stop us. You see the power of women. We are here despite every obstacle, and we will continue to fight for our cause.”