Following the recent history-making visit by President Barack Obama to the island nation of Cuba (the first by a sitting U.S. president since 1928) in which the American lectured Cubans on the need to be more accommodating of U.S.-style capitalism, Cuba’s longtime Revolutionary socialist leader Fidel Castro has authored a 1,500+ word rebuttal in the country’s premier newspaper, Granma. Below it is reprinted in its entirety.

We don’t need the empire to give us anything. Our efforts will be legal and peaceful, because our commitment is to peace and fraternity among all human beings who live on this planet.

The kings of Spain brought us the conquistadores and masters, whose footprints remained in the circular land grants assigned to those searching for gold in the sands of rivers, an abusive and shameful form of… 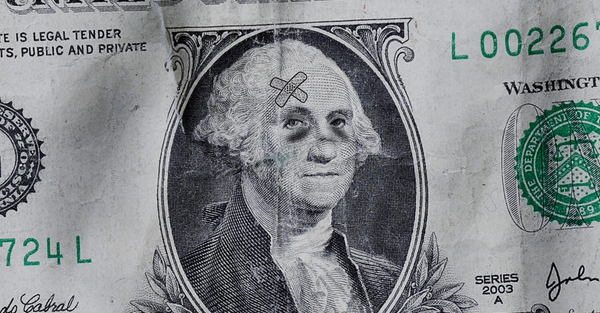 Yellen Says Caution in Raising Rates Is ‘Especially Warranted’ …  Fed Chair makes case for go-slow changes with rate near zero … Janet Yellen said it is appropriate for U.S. central bankers to “proceed cautiously” in raising interest rates because the global economy presents heightened risks. The speech to the Economic Club of New York made a strong case for running the economy hot to push away from the zero boundary for the Federal Open Market Committee’s target rate. –Bloomberg

Janet Yellen was back at it yesterday, talking down the need for a rate hike.

She is comfortable with the economy running “hot.”

After a year or more of explaining why rate hikes were necessary, up to four or more of them in 2016, Ms. Yellen has now begun speechifying about how rate hikes are not a good idea.

It’s enough to give…

– “…The 1% has been convinced that the stock market represents some sort of leading indicator of wealth and prosperity… It represents the opposite indicator when it merely reflects the ownership interests of the oligarchs in a crony-capitalist, fascist economy that is picking away at the dying carcass of what little economic freedom still remains”;

America used to be the land of opportunity and optimism. Now opportunity is seen as the preserve of the elite: two-thirds of Americans believe the economy is rigged in favour of vested interests. And optimism has turned to anger. Voters’ fury fuels the insurgencies of Donald Trump and Bernie Sanders and weakens insiders like Hillary Clinton.

The campaigns have found plenty of things to blame, from free-trade deals to the recklessness of Wall Street. But one problem with American capitalism has been overlooked: a corrosive lack of competition. The naughty secret of…

The fact that the Monsanto Corporation is invading countries with their bio-tech frankenfood technology, considered to be a significant global threat to agriculture, We The People feel it is fair to use guerrilla tactics in court to defend our lands, health, … and our natural human way of life.

From Earth We Are One

Guerrilla warfare is a military tactic to remove unwanted invaders of a country.

Unwanted new regimes are unable to predict the relentless surprise attacks staged by the local countrymen.  Their actions are small but, enmasse, create a movement that pushes out the opposing invasion.