Funny, exciting stuff. Just finished your report, your analysis is thorough and covers all the scenarios. This is historic! 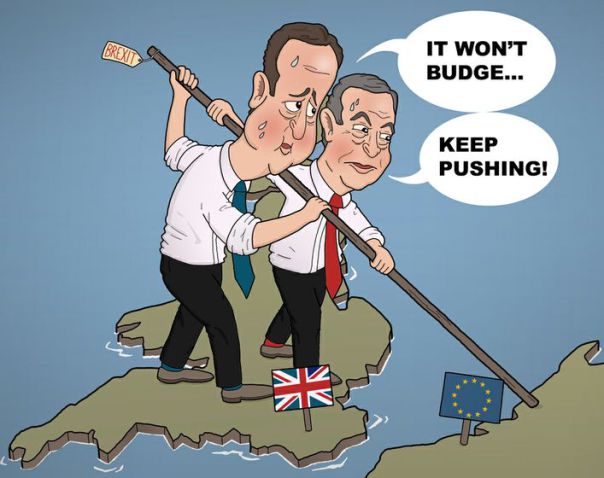 The BREXIT referendum is currently underway in the UK! Many in the EU, US, Russia and all over the world are watching with dated breath what the result will be.

In the run up to BREXIT referendum, UK has experienced unprecedented pressure from the US and Obama personally, from EU/Merkel/Germany, and from UK government, to stay in the EU.

However, not all are united even within UK elites. Perhaps one of the surprises is this:

You may be interested to know that the last straw that triggered BREXIT referendum, allowing it to gain enough support to go forward, was not the economic or political crisis in the EU: it was in fact the refugee crisis amid open EU borders, and EU’s inability to deal with it.

So, what will be the result of the BREXIT referendum, and most importantly, what goes on behind the scenes; who’s who in the UK…