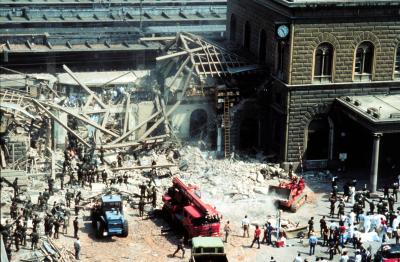 Commentators who have learned to distrust official explanations, such as Peter Koenig
(http://www.informationclearinghouse.info/article45106.htm ) and Stephen Lendman
(http://sjlendman.blogspot.com/2016/07/hyping-terrorism-stoking-fear-following.html ) have raised questions about the Nice attack.

It does seem odd that a lone person driving a large truck can gain access to blocked off areas where French people have assembled to watch the fireworks of Bastille Day. It also seems odd that the event is branded a terrorist one when the alleged perpetrator’s family says that he was not at all religious and had no religious motivation.

We will never know. Once again the alleged perpetrator is dead and conveniently left behind his ID.

It looks like a permanent state of martial law in…

This is the continuation of attacks in Kazakhstan, which we discussed in Earth Shift Report 9: ATTACK ON KAZAKHSTAN. WHO DESTABILIZES EURASIAN UNION?

On July 17, 2016 armed group of extremists attacked the city center and police station in Almaty. Per reports, 4 policemen are dead.

In Earth Shift Report 9 you’ve watched my video compilation for the previous attacks in Aktobe earlier in June and the attempted color revolution in May. The compilation was composed of raw amateur videos shot by various citizens and then uploaded on YouTube. This new compilation is similar.

The new events confirm that the attempts to destabilize Kazakhstan – one of the important support elements of the Eurasian/global rebalancing system and the support system for Russia, the Global Balancer – will continue.

Find the complete picture of what is happening in Kazakhstan/Central…