Vancouver, B.C., Canada © Julie Gordon / Reuters
Hit by the sharp decline in oil prices the Canadian economy is struggling with a property market approaching the peak of a massive bubble, according to ex-Lehman Brothers trader and a financial writer Jared Dillian.

As Canada’s mortgage market is not securitized, the property crisis is expected to last much longer than in the US, where the loans are backed, Dillian said in an interview with Mauldin Economics.

The former trader says when the bubble bursts; it will be quite different from the sharp and sudden crisis in the US in 2008, due to the structure of the Canadian mortgage market.

According to him, almost all mortgages in Canada are “recourse mortgages”, with homeowners behind on payments not able to able to walk away.

Police in Sao Paulo have used tear gas to disperse a crowd of supporters of suspended Brazilian President Dilma Rousseff on the day she is set to testify at her impeachment trial to deny accusations of hurting the economy with alleged budget manipulations.

Have the people of Brazil begun awakening? Brazil sources confirm that thousands more are ready to take to the streets.

But apart from all this, it makes one wonder who benefits from scheduling impeachment proceedings during and immediately after the Rio Olympics, and right before the Rio Paralympics are to start?  Who benefits from confusion and chaos in Brazil?

(Boston, MA, Nov. 13, 2015)—The American Humanist Association’s Appignani Humanist Legal Center is pleased that the Massachusetts Registry of Motor Vehicles (RMV) is permitting a Pastafarian woman to wear a colander in her driver’s license photo, a development that occurred after the group’s attorneys were enlisted to assist with the applicant’s appeal.

Lindsay Miller identifies as a Pastafarian, also known as members of the Church of the Flying Spaghetti Monster, a secular religion that views the existence of a Flying Spaghetti Monster to be just as probable as the existence of the Christian God. As a Pastafarian, Ms. Miller wished to wear a colander on her head in her driver’s license photo, as an expression of her Pastafarian identity. However, she was denied this request by the Massachusetts RMV.

Miller said, “As a member of the Church of the Flying Spaghetti Monster, I feel delighted that my Pastafarianism has been respected by the Massachusetts RMV. While I don’t think the government can involve itself in matters of religion, I do hope this decision encourages my fellow Pastafarian Atheists to come out and express themselves as I have.”

DeJuneas said, “The First Amendment applies to every person and every religion, so I was dismayed to hear that Lindsay had been ridiculed for simply seeking the same freedoms and protections afforded to people who belong to more traditional or theistic religions. We appreciate that the RMV recognized the error, apologized, and issued a license respecting her First Amendment rights, and hope that RMV staff will be trained to respect diversity.”

“If people are given the right to wear religious garments in government ID photos, then this must extend to people who follow the Church of the Flying Spaghetti Monster,” said David Niose, legal director of the Appignani Humanist Legal Center.

A photo of Lindsay Miller’s new driver’s license can be viewed here and here.

Founded in 1941 and headquartered in Washington, D.C., the American Humanist Association (AHA) works to protect the rights of humanists, atheists, and other nontheistic Americans. The AHA advances the ethical and life-affirming philosophy of humanism, which—without beliefs in any gods or other supernatural forces—encourages individuals to live informed and meaningful lives that aspire to the greater good of humanity.

– “…These unbelievably powerful applications in electromagnetic (EMF) warfare are game changers, and Russia has made significant strides in dominating the war zones of the future, for better or worse. Russia has been shutting down and disabling U.S. ships and equipment around the world”:

Ever since the USS Donald Cook incident, there’s been growing concern – finally being voiced by American and Western military leaders – that Russia’s capabilities in electronic warfare, and in particular the ability to jam western communications and radar – is far more sophisticated than once thought, and now the concerns are over new “invisibility” technologies Russia is allegedly developing:

What interests me here is something far beyond the invisibility assertion. What interests me rather are the assessments of Russian capabilities, first revealed in the USS Donald Cook incident. You’ll…

If you want to see the most dangerous and crazy conspiracy theorist alive, look no further! It’s US presidential candidate from the Democratic Party, wife of ex-president Bill Clinton, ex-US Secretary of State, and US Empire’s globalist extraordinaire, Hillary Clinton!

To become convinced this is a fact, all you have to do is listen to her accusations of Putin being the ‘godfather of far-right Western nationalism’ and mastermind of Brexit. According to Clinton, Brexit’s Nigel Farage is the Kremlin agent, while American billionaire Donald Trump is – well, who else – also the dreaded Kremlin agent!

I am looking forward to the next step in this typical US hysteria: yells that ‘Russians are coming,’ accompanied with a crashing sound of the breaking windows, as various Clintonites and US globalists start throwing themselves out…

(NaturalNews) A federal court has ruled that the Department of Justice (DOJ) is not permitted to use any of its money to prosecute people who are in compliance with state medical marijuana laws.

“If the federal government prosecutes such individuals, it has prevented the state from giving practical effect to its law,” wrote Judge Diarmuid O’Scannlain of the Ninth U.S. Circuit Court of Appeals.

Twenty-five states allow the use of marijuana for medical purposes, while another four states plus the District of Columbia permit it for medical and recreational use. Citizens of another nine states will vote in November on whether to legalize recreational marijuana use.

Ending the war on medical marijuana?

Yet, although the majority of states now allow regulated use of marijuana, the federal government has regularly carried out raids against people who are simply growing, selling or using medical marijuana in compliance with the laws of their states.

In 2014, Congress passed a budget rule prohibiting the DOJ from using its funds to prevent states “from implementing their own state laws that authorize the use, distribution, possession, or cultivation of medical marijuana.” The passage of this rule had no influence on the DOJ’s practices, however.

Now the Ninth Circuit has ruled that if the DOJ uses its budget to carry out any enforcement action against people who are following state medical marijuana laws, the department will have violated the congressional order.

This means that any DOJ action taken against legal production, sale or use of medical marijuana following the passage of the congressional rule was illegal. Following the court’s decision, five people currently facing charges in San Francisco federal court filed to have their charges dismissed.

The defendants are facing federal charges for allegedly operating marijuana stores and growing operations that are legal under California law.

“This could be the beginning of the end of the federal war on medical marijuana,” said San Francisco attorney Marc Zilversmit, who is representing one of the defendants.

But O’Scannlain warned that the court’s ruling stems only from a specific congressional rule. Thus, it only applies to people following state medical marijuana laws, not to people violating the law or participating in an illegal recreational marijuana business. O’Scannlain also warned that if Congress ever chooses to issue a different rule, people currently engaged in legal medical marijuana businesses might again be vulnerable.

“Congress could restore funding tomorrow, a year from now, or four years from now,” he wrote, “and the government could then prosecute individuals who committed offenses while the government lacked funding.”

The ruling came only a week after the federal Drug Enforcement Agency (DEA) issued a decision upholding the highly restrictive Schedule I classification of marijuana.

To be classified as a Schedule I controlled substance, a drug should have “no currently accepted medical use,” “a high potential for abuse” and be impossible to use safely under medical supervision. Thus, lethal and addictive prescription painkillers – which kill more people each year than illegal street drugs – fall in the less tightly regulated Schedule II category. Alcohol and tobacco, which are known to be far more addictive and deadly than marijuana, are not regulated as controlled substances at all.

DEA chief Chuck Rosenberg said that the agency relied on an FDA conclusion that there is “no currently accepted medical use in treatment in the United States.” This flies in the face of a large body of scientific data on the medical benefits of cannabis and its compounds.

Indeed, a recent National Institutes of Health review of FDA studies concluded that “based on evidence currently available the Schedule I classification is not tenable; it is not accurate that cannabis has no medical value, or that information on safety is lacking.”

“America’s health care system is neither healthy, caring, nor a system.” Walter Cronkite

Americans are not only choosing a new President but they are also in the process of creating a new healthcare system. What was here at the beginning of 2016 might not even be around by the end of 2017. We are in that radical a period.

I would like to offer a few suggestions that I think will benefit any system we choose.

Guarantee the patient that what the doctor recommends actually has scientific proof that it works. What! Doctors have no proof that those pills and procedures work!!

Require that all prescription pills covered by insurance be proven by someone other than a drug company that they work better than a home remedy. Easily done…

the hacking and release of 2500+ emails and documents release by DCLeaks – shows black-and-white proof of the machinations, manipulations and massively long reach of Hungarian-born Jew, multi-billionaire, top Hillary Clinton donor, arch manipulator and big-time New World Order insider George Soros. The MSM is ignoring the Soros hack, which is to be expected, but those coming to it with little or no knowledge of the man will be blown away by the extent to which Soros directs world affairs. This man is extremely influential and deserves to be focused upon in the same way that the Rockefellers and Rothschilds have been. He has been behind some extremely important political movements in the US (e.g. BLM or Black Lives Matter) and geopolitical events around the world (e.g. the US-funded Ukrainian coup which…

Perhaps that whole outfit of opportunistic imbeciles should be dismantled?

Source: The DEA: Judge and Jury on Marijuana 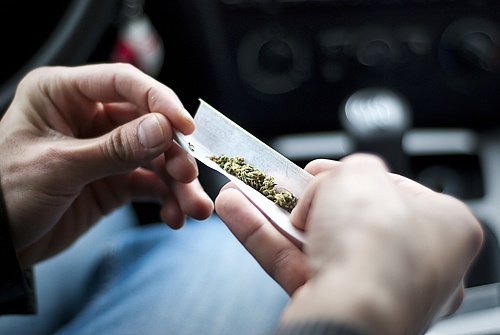 Last week, the DEA decided not to reschedule the classification of marijuana as a legal drug. According to federal drug codes, cannabis is still as deadly and addictive as heroin, with no known medical value. I was surprised to see how many articles were written about this decision without mentioning the obvious: This was going to happen. The DEA was just toying with us.

There were petitions that received enough signatures and then some senators wrote the DEA a letter, so the DEA had to give the matter “serious consideration.” But as long as the DEA is in charge of both writing the law and enforcing it, they’re going to keep things status quo, no matter what American taxpayers actually want.

There are all kinds…