If you want to see the most dangerous and crazy conspiracy theorist alive, look no further! It’s US presidential candidate from the Democratic Party, wife of ex-president Bill Clinton, ex-US Secretary of State, and US Empire’s globalist extraordinaire, Hillary Clinton!

To become convinced this is a fact, all you have to do is listen to her accusations of Putin being the ‘godfather of far-right Western nationalism’ and mastermind of Brexit. According to Clinton, Brexit’s Nigel Farage is the Kremlin agent, while American billionaire Donald Trump is – well, who else – also the dreaded Kremlin agent!

I am looking forward to the next step in this typical US hysteria: yells that ‘Russians are coming,’ accompanied with a crashing sound of the breaking windows, as various Clintonites and US globalists start throwing themselves out…

(NaturalNews) A federal court has ruled that the Department of Justice (DOJ) is not permitted to use any of its money to prosecute people who are in compliance with state medical marijuana laws.

“If the federal government prosecutes such individuals, it has prevented the state from giving practical effect to its law,” wrote Judge Diarmuid O’Scannlain of the Ninth U.S. Circuit Court of Appeals.

Twenty-five states allow the use of marijuana for medical purposes, while another four states plus the District of Columbia permit it for medical and recreational use. Citizens of another nine states will vote in November on whether to legalize recreational marijuana use.

Ending the war on medical marijuana?

Yet, although the majority of states now allow regulated use of marijuana, the federal government has regularly carried out raids against people who are simply growing, selling or using medical marijuana in compliance with the laws of their states.

In 2014, Congress passed a budget rule prohibiting the DOJ from using its funds to prevent states “from implementing their own state laws that authorize the use, distribution, possession, or cultivation of medical marijuana.” The passage of this rule had no influence on the DOJ’s practices, however.

Now the Ninth Circuit has ruled that if the DOJ uses its budget to carry out any enforcement action against people who are following state medical marijuana laws, the department will have violated the congressional order.

This means that any DOJ action taken against legal production, sale or use of medical marijuana following the passage of the congressional rule was illegal. Following the court’s decision, five people currently facing charges in San Francisco federal court filed to have their charges dismissed.

The defendants are facing federal charges for allegedly operating marijuana stores and growing operations that are legal under California law.

“This could be the beginning of the end of the federal war on medical marijuana,” said San Francisco attorney Marc Zilversmit, who is representing one of the defendants.

But O’Scannlain warned that the court’s ruling stems only from a specific congressional rule. Thus, it only applies to people following state medical marijuana laws, not to people violating the law or participating in an illegal recreational marijuana business. O’Scannlain also warned that if Congress ever chooses to issue a different rule, people currently engaged in legal medical marijuana businesses might again be vulnerable.

“Congress could restore funding tomorrow, a year from now, or four years from now,” he wrote, “and the government could then prosecute individuals who committed offenses while the government lacked funding.”

The ruling came only a week after the federal Drug Enforcement Agency (DEA) issued a decision upholding the highly restrictive Schedule I classification of marijuana.

To be classified as a Schedule I controlled substance, a drug should have “no currently accepted medical use,” “a high potential for abuse” and be impossible to use safely under medical supervision. Thus, lethal and addictive prescription painkillers – which kill more people each year than illegal street drugs – fall in the less tightly regulated Schedule II category. Alcohol and tobacco, which are known to be far more addictive and deadly than marijuana, are not regulated as controlled substances at all.

DEA chief Chuck Rosenberg said that the agency relied on an FDA conclusion that there is “no currently accepted medical use in treatment in the United States.” This flies in the face of a large body of scientific data on the medical benefits of cannabis and its compounds.

Indeed, a recent National Institutes of Health review of FDA studies concluded that “based on evidence currently available the Schedule I classification is not tenable; it is not accurate that cannabis has no medical value, or that information on safety is lacking.” 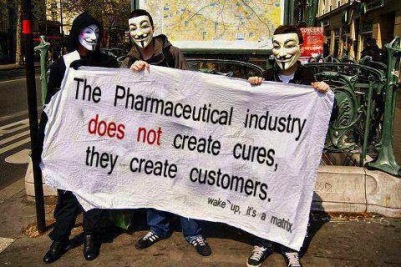 “America’s health care system is neither healthy, caring, nor a system.” Walter Cronkite

Americans are not only choosing a new President but they are also in the process of creating a new healthcare system. What was here at the beginning of 2016 might not even be around by the end of 2017. We are in that radical a period.

I would like to offer a few suggestions that I think will benefit any system we choose.

Guarantee the patient that what the doctor recommends actually has scientific proof that it works. What! Doctors have no proof that those pills and procedures work!!

Require that all prescription pills covered by insurance be proven by someone other than a drug company that they work better than a home remedy. Easily done…

the hacking and release of 2500+ emails and documents release by DCLeaks – shows black-and-white proof of the machinations, manipulations and massively long reach of Hungarian-born Jew, multi-billionaire, top Hillary Clinton donor, arch manipulator and big-time New World Order insider George Soros. The MSM is ignoring the Soros hack, which is to be expected, but those coming to it with little or no knowledge of the man will be blown away by the extent to which Soros directs world affairs. This man is extremely influential and deserves to be focused upon in the same way that the Rockefellers and Rothschilds have been. He has been behind some extremely important political movements in the US (e.g. BLM or Black Lives Matter) and geopolitical events around the world (e.g. the US-funded Ukrainian coup which…