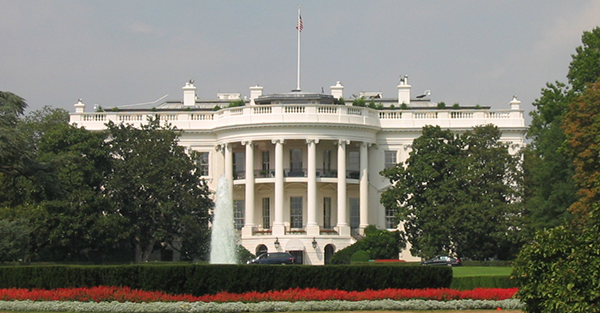 I used to watch wrestling when I was a kid… I come from the age of Hulk Hogan, Ultimate Warrior, and Randy “Macho Man” Savage.

Huddling close to the television each weekend, my friends and I would cheer for our favorite stars and their signature moves.

My dad ruined it all one day when I was about 6 years old; he pulled me aside and said casually, “You know it’s all fake, right?”

I was stunned. It seemed so real… the matches, the hits, the drama.

Every time Hulk Hogan would be at the point of near-exhaustion, and then rally to victory from the chants and cheers of the crowd, I had believed it all.

When I actually started paying attention it became obvious that professional wrestling was a farce staged purely for entertainment purposes.

Funny thing– even though I knew it was fake, I continued to watch wrestling for several more years, until I was probably 10 or 11. It was, after all, still entertaining.

That’s how I felt last night watching the Presidential debate.

It was pure entertainment… a guilty pleasure that ranks somewhere between Wrestlemania and stuffed-crust pizza.

I know a lot of people feel the same way, that debates are meaningless vacuums of intelligent discourse which are simultaneously entertaining and awkward to watch, like witnessing two intoxicated lovers engage in a very public, dramatic breakup.

Sadly, this is what passes as a critical component of the political process in the most advanced economy in the world.

I recognize that people feel they have an important choice to make, whether to give the system a deserved enema or maintain the status quo… and that perhaps they’ll glean some insight into the candidates’ agendas by watching the debates.

There’s no talk of actual plans, metrics, priorities, or details… just a bunch of zingers and platitudes.

That’s not how things are supposed to work in the real world.

I run several companies– agriculture, manufacturing, publishing, and now banking, with a total of roughly 350 employees.

Our management teams lay out concrete plans to the stakeholders articulating the specific goals and vision of each business, how we achieve those objectives, and what specific metrics can measure our performance.

Plus regular updates report on our progress, any deviations to the plan, and whether or not we are on-time and on-budget.

This isn’t rocket science or some radically innovative concept. It’s what any competent, ethical business manager does.

But that’s not how government works, and it’s not how the political system works.

Whenever I visit the US, people frequently ask me who I’m voting for.

It came up over dinner on Saturday night in Connecticut with Peter Schiff and his wife Lauren.

I typically joke that Trump is the only qualified candidate because he’s declared bankruptcy so many times… and with nearly $20 trillion in government debt, you want to have someone in office who knows which paperwork to file.

But my honest answer is that I don’t vote.

For starters, it doesn’t actually matter who’s in office.

The government spends nearly the entirety of the tax revenue it collects just to pay interest on the debt and cover mandatory entitlement programs like Social Security and Medicare.

They could literally cut everything we think of as government, from the military to the Internal Revenue Service, and it would barely make an impact.

Plus, even the government’s own optimistic projections show that the debt will continue to grow at a much faster pace than the economy itself.

So any choice ultimately leads to the same set of extreme economic consequences.

But it’s more than that.

As I explained to my friends, voting only validates a rotten system that has not only abandoned its primary stakeholders, but is now rigged against them.

Besides, what are we really voting for anyhow?

People typically cast a ballot for the person they believe will bring the most prosperity.

But this is ludicrous when you think about it. Can we really expect that some politician thousands of miles away will magically increase our incomes?

No. WE are the ones who have the most influence to grow our own prosperity.

From learning new skills to making better investments, starting businesses, cutting taxes… we have nearly unlimited ways to become more prosperous and provide a better life for our families.

So the truth is that there’s only one viable candidate to make your dreams and ambitions a reality. That’s you.