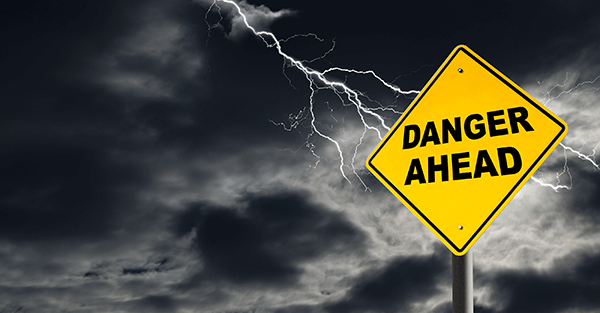 In the modern history of the US economy over the past seven decades, the longest period of time the country has gone without a recession was 10 years.

Since the end of World War II there have been 11 recessions in the United States of America, so the average time in between recessions is 6 years and 5 months.

And whenever a recession hits, the all-knowing, all-powerful Federal Reserve attempts to stimulate the economy by cutting interest rates, typically multiple times.

The average interest rate cut during a recession is 4.03% based on sixty years of Federal Reserve data.

In fact in every single recession in modern US history, interest rates were always MUCH lower at the end of the recession than they were at the beginning.

So if historical averages are any indicator, the next recession should begin some time between now and mid-2019, with an interest rate cut of 2% to 4%, presuming it’s just a mild to average recession.

This isn’t some wild fantasy.

Interest rates right now are at historic lows. The effective Federal Funds Rate as of the first of this month was just 0.29%.

So unless the Fed raises rates by a LOT, and does so VERY quickly, the United States is virtually guaranteed negative interest rates in the next recession.

This is just the beginning. And as anyone who has lived under capital controls can attest, they are destructive to your savings and standard of living.

Unfortunately negative interest rates are the most likely course of action.

Because if the Fed actually does start raising interest rates beyond some ceremonial 0.5% to 0.75% range in 2016 or 2017, they risk destabilizing the entre system.

That’s a huge problem for the Fed, which owns trillions of dollars worth of bonds and real estate securities.

In addition, the Fed is extremely leveraged, with capital of less than 1% of its total balance sheet.

So if asset prices fall by just 1% after the Fed raises interest rates, they will become insolvent.

It’s hard to even imagine the fallout and consequences of the world’s most important central bank going bust.

Plus, higher rates may slow down the US economy where both productivity and GDP growth have ground to a halt, even now when interest rates are at historic lows.

Talk about a rock and a hard place.

If the Fed raises rates significantly they will create all sorts of financial catastrophes, including engineering its own insolvency and stoking a recession that they’re trying to prevent.

But if they don’t raise rates then they’ll be forced to implement negative interest rates in the next recession.

… or that there will never be a recession ever again until the end of time.

This is absurd thinking.

Look- it’s pretty obvious where things are headed. This isn’t a political problem. It’s an arithmetic problem. And the math doesn’t add up.