Note source: NYT so it’s probably another slanderous lying propaganda piece against Russia, most likely a coordinated attack by the state dept…. hmmm will coincidences never cease! Happy holidays everyone!!😄 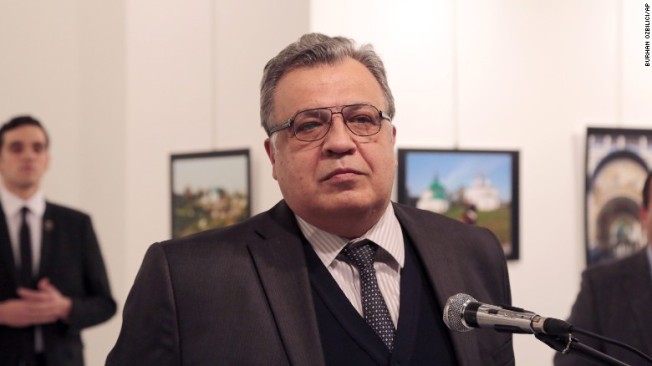 The Russian Ambassador to Turkey, Andrey Karlov, was fatally wounded after a gunman stormed into a building where the opening ceremony of a Russian photo exhibition was being held. Karlov, a career diplomat, who previously was Russian ambassador to N. Korea, died shortly after. Three other people were reported injured as a result of the shooting.

Russian Foreign Minsitry spokesperson, Maria Zakharova: this is a tragic day for Russian diplomacy. It is a terrorist act.

The embassy row in Ankara, Turkey, is located near the government buildings, with the Russian embassy located very close to the US embassy. It is supposedly a heavily guarded, high security area; therefore, ambassadors themselves don’t carry much security.

This happens just one day before Turkish FM is scheduled to go to Moscow. This also happens as Russia attempts to enlist Turkey and Erdogan as mediators to help resolve the Syria and Aleppo crisis and…