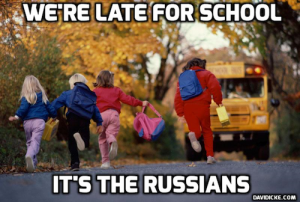 The Washington Post published yet another fake news item, this time claiming Vermont’s electrical grid had been hacked by the Russians, but there might be a good reason for its Red Scare hysteria.

Anti-Russia and disinformation hysteria has reached new heights, and — after the Obama administration announced the expulsion of 35 Russian diplomats from the U.S., among other retributions for an ostensively hacked election — the Washington Post continued its foray into Fake News with an article suggesting Kremlin actors hacked the electrical grid in Vermont.

Perhaps because the outlet got away with citing unnamed officials twice before during this reinvigorated Red Scare, the Post again blared its Russia Did It alarm with an article titled, “Russian operation hacked a Vermont utility, showing risk…