We are getting saturated with Fake News stories, but let’s hear one more from Oliver Stone, as I missed this article.

Source: The Russians Are Coming – Medium

As 2016 closes, we find ourselves a deeply unsettled nation. We’re unable to draw the lines of our national interest. Is it jobs and economy, is it national security, or is it now in our interest to ensure global security — in other words, act as the world’s policemen?

As the “failing” (to quote Trump) New York Times degenerates into a Washington Post organization with its stagnant Cold War vision of a 1950s world where the Russians are to blame for most everything — Hillary’s loss, most of the aggression and disorder in the world, the desire to destabilize Europe…

Anonymous recently published a video titled “The Elimination of George Soros Has Started,” and to be honest, I’m pretty excited about it. George Soros is a key member of the shadow government disguised as a philanthropic billionaire.

His donations seem heartfelt and meaningful, but if you look a little closer, you’ll realize that every donation he makes has an ulterior motive behind it, helping to secure his control over the political landscape and in turn profit from it.

“There are many frightened babies with their mothers. This is not tradition, this is not culture; this is cruelty, this is torture.”

More than 200 dolphins were recently sequestered into a tiny cove near Taiji, Japan, where the community’s infamous annual dolphin slaughter is set to take place in a matter of days.

Dolphins are one of the most well-known and beloved marine animals, which explains why they are prominently featured in zoos, aquariums, and other venues offering animal-based entertainment. Though the popularity of dolphins is based on their intelligence, playful antics, and capacity for making connections with humans, this popularity has spawned a dark side that has exposed some of nature’s most lively creatures to the worst of human behavior. The dolphins that people have come…

Source: This is How You Can Dodge Facial Recognition Software

This guide was originally published by Jeremiah Johnson at ReadyNutrition.com

Helen of Troy, according to the Odyssey, was “the face that launched a thousand ships,” prior to the Greek invasion of Troy.  You and I, on the other hand, are the faces that launch an army of CCTV cameras ready to capture our images when we walk past them.  We just covered winter camouflage tips and techniques.  Camouflage is an important part of your prepping, in terms of being able to effectively hide yourself and your supplies from prying eyes.

One of the biggest problems that we encounter is not blending in with the terrain in a wilderness environment, however, but what we face in an urban and suburban environment.  As mentioned in previous articles, you have to camouflage in accordance with…

Hillary Clinton garnered more than 800,000 votes from noncitizens on Nov. 8, an approximation far short of President Trump’s estimate of up to 5 million illegal voters but supportive of his charges of fraud.

Political scientist Jesse Richman of Old Dominion University in Norfolk, Virginia, has worked with colleagues to produce groundbreaking research on noncitizen voting, and this week he posted a blog in response to Mr. Trump’s assertion.

Based on national polling by a consortium of universities, a report by Mr. Richman said 6.4 percent of the estimated 20 million adult noncitizens in the U.S. voted in November. He extrapolated that that percentage would have added 834,381 net votes for Mrs. Clinton …

Wow, quite a prophetic, astute and honest assessment by Michael Moore! While I don’t agree with his politics, I do respect MM’s rationale and clear insight.
The DNC hijacked the primaries for Hilary, denying the ppl’s choice in Sanders, that was their fatal mistake! I can only imagine how many more swing voters would have came out to elect Bernie for President.
Most of my friends and I were so disgusted with the “lesser of two evils” candidates, we decided to boycott this rotten election. I’m sure many fellow Americans felt the same way, as voter turnout was the lowest in 20 yrs.
There’s an old adage in politics: we all deserve our leaders, for better or worse. 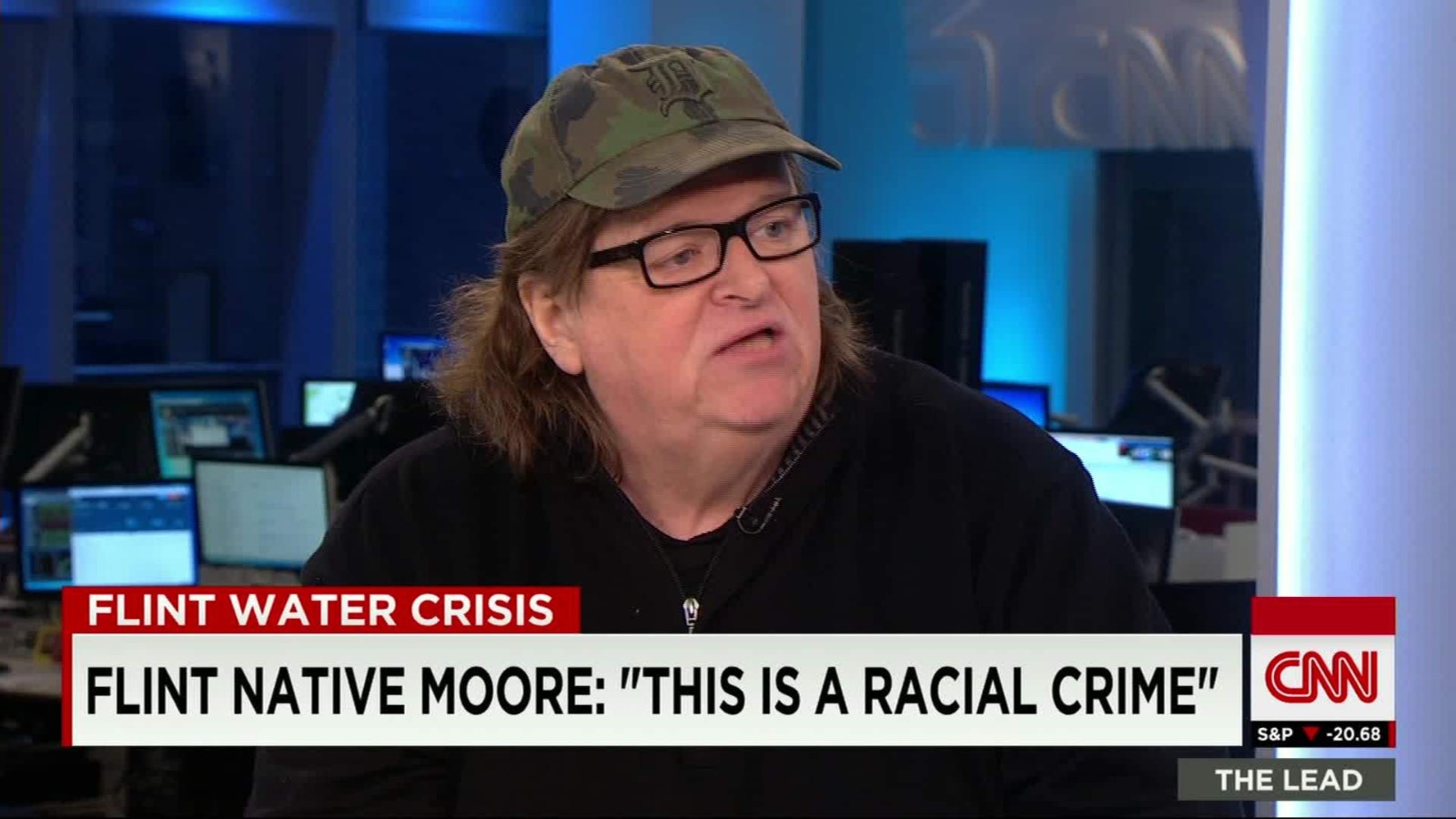 Here is the letter from Michael Moore to all the Hillary Clinton supporters:

“I am sorry to be the bearer of bad news, but I gave it to you straight last summer when I told you that Donald Trump would be the Republican nominee for president. And now I have even more awful, depressing news for you: Donald J. Trump is going to win in November. This wretched, ignorant, dangerous part-time clown and full time sociopath is going to be our next president. President Trump. Go ahead and say the words, ‘cause you’ll be saying them for the next four years: “PRESIDENT TRUMP.” Never in my life have I wanted to be proven wrong more than I do right now.

“I can see what you’re doing right now. You’re shaking your head wildly – “No, Mike, this won’t happen!” Unfortunately, you are living in a bubble that comes with…