So much doesn’t add up about Reality Winner… 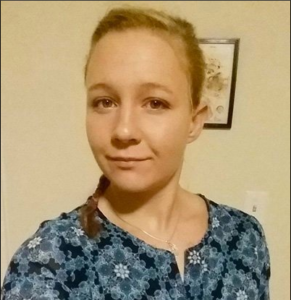 May 5th – the date the leaked document was allegedly created, detailing what the NSA claims are the results of an investigation into Russian election hacking based on new information received in April. The report is weak sauce – spend 5 minutes and read it… There is zero evidence of Russian hacking or influence – only a thinly supported narrative about an alleged spear phishing campaign and it’s potential victims.

On May 9th, four days later – Winner printed, removed, and snail mailed this top secret classified intel which offerings absolutely zero proof to support its claims to The Intercept.

May 30th – The Intercept contacts a ‘government agency’ to let them know about the documents mailed to them by the rogue NSA contractor.  The online magazine then proceeds to throw Winner under the bus by giving the NSA / FBI information which they used to easily identify her.

An hour after The Intercept publishes – the FBI arrests Winner

Furthermore, I’m sure the weak minded will be in a moral quandary once the MSM is done with this; to those on the right and the left, how does ‘evil’ (or hero) Reality Winner’s leak differ from ‘hero’ (or random victim) Seth Rich’s leaks?

For starters, Winner’s leak is the same brand of unverifiable horse shit we’re being asked to trust again vs. undisputed DKIM verified emails exposed by Wikileaks which revealed vast corruption. That doesn’t matter though – the leaks will likely be spun as equivalent by the MSM.

At the end of the day, Reality Winner just risked 10 years in prison for leaking documents which offer zero proof of Russian hacking.

This “Reality Winner” is basic b, her leak was stupid. Did The Intercept, which outted her, conspire with deep state to sacrifice a nobody?

@Cernovich She is patsy or fake…why?

@Cernovich She is patsy or fake…why?

@Cernovich Is caught & 3)have alternative media report on her making her a real source which puts alt media in Catch 22. In a day or 2 they will shift

@Cernovich Is caught & 3)have alternative media report on her making her a real source which puts alt media in Catch 22. In a day or 2 they will shift

@Cernovich The narrative to Russia hacked the actual election with a blessed alt media source.