Use organic coconut oil instead, much healthier for skin, hair, cellular rejuvenation. 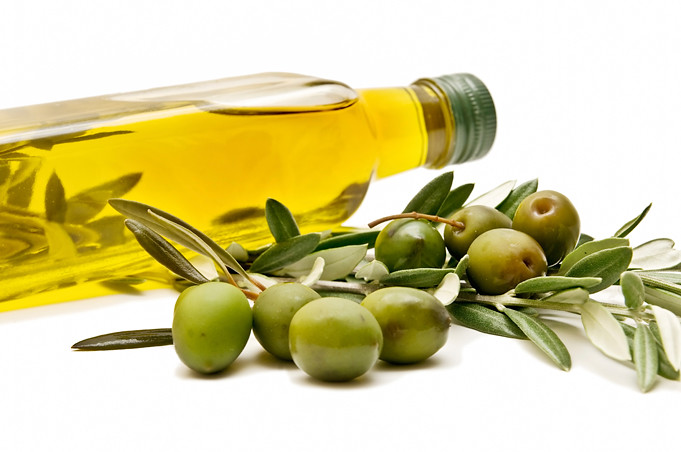 July 9, 2017
Olive oil production has been put under the radar recently, since it was revealed that the 7 biggest olive oil makers in America actually use cheap tricks to sell non-genuine oil.

That being said, one of the most appreciated olive oil brands has been highly distorted in terms of quality and effectiveness.

Now, it has come to our attention that almost 70% of olive oil on the American market is somewhat non-genuine. This happens because the production usually uses other oils to cheapen the process and make great profits.

The oils mainly used in the production process include canola and sunflower oil!

The same issue occurred in Italy as well, and resulted with 85 oil farms being shut down due to their sneaky methods of using chlorophyll with…

Great analysis as always Lada. Trump’s open palm handshake says it all, who does he really trust and treats as an equal.
Very accurate and telling calibrations of the world leaders, situations, and resulting interpretations all around. Bravo!

Much has been written; many videos and pics have been taken of the Hamburg G20 on July 7-8.

I have decided not to repeat what has already been said. Rather, my intention is to put my absolutely unique signature perspective on the whole thing. I have accumulated many thoughts and observations surrounding these topics, this is why this all-encompassing article turned out so substantial. This is exclusive material you won’t find anywhere else; I hope you enjoy it.

On July 7 I tweeted the following:

In this article I want to lift the veil over the quantum calibrations of various events and meetings, which in turn will give…

The Best in uncensored news, information, and analysis

Source: Dying Middle Class: The Number Of Americans That Can’t Afford Their Own Homes Has More Than Doubled

Have you lost your spot in the middle class yet?  For years I have been documenting all of the numbers that show that the middle class in America has been steadily shrinking, and we just got another one.  According to a report that was produced by researchers at Harvard University, the number of Americans that spend more than 30 percent of their incomes on housing has more than doubled.  In 2001, nearly 16 million Americans couldn’t afford the homes that they were currently living in, but by 2015 that figure had jumped to 38 million.When I write about “economic collapse”, I am writing about a process that has been unfolding for…

Totally agree up to a point, the fully realized individual plays an inherent role in an interconnected, interdependent society. No man is an island unto himself, and therefore must balance the considerations of others which makes up society. There is a role for the individual to contribute to society, and for society to support, nurture the individual… there must be a symbiotic balance or the whole structure will collapse and descend into chaos.

What Jon is saying: that any society can be corrupted by a minority of cancerous “elite” individuals who would like to control, imbalance and possible destroy the harmonious balance of society by exploiting, stealing wealth via central banking, installing incompetent corrupt leadership, enforcing a police state, using military war machine to destabilize etc. Those are signs of a civilization in decline, and it starts with an ideology of control, it used to be religion, television/ media propaganda, and now neo-liberal politics infiltrating our education system brainwashing the masses to do their bidding.

If Ayn Rand’s intelligent, creative, sovereign individual matures into an enlightened, compassionate, loving wise man, that is our destiny for the 21st century and beyond. The solution is the individual awakening to his/her own power, and creating goals to correct this inherent polarized imbalance, first within ourselves, only then can we collectively transform society for the better.