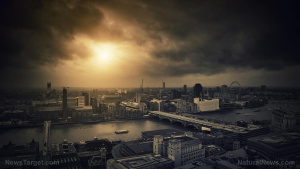 Laughing on the Way to Armageddon

The United States shows the world such a ridiculous face that the world laughs at us.

The latest spin on “Russia stole the election” is that Russia used Facebook to influence the election. The NPR women yesterday were breathless about it.

We have been subjected to ten months of propaganda about Trump/Putin election interference and still not a scrap of evidence. It is past time to ask an unasked question: If there were evidence, what is the big deal? All sorts of interest groups try to influence election outcomes including foreign governments. Why is it OK for Israel to influence US elections but not for Russia to do so? Why do you think the armament industry, the energy industry, agribusiness, Wall…

It’ s always about oil, isn’t? This is plain attempted theft, thuggery of the worse kind:

“…the whole Syrian war may once again be a war fought over natural resources. The proposed natural gas pipeline from Qatar to Turkey was reportedly rejected by Assad who preferred to support Russia’s financial interests of providing natural gas to Europe, over its own interests in allowing the pipeline to cross its territory.

Israel bombed the Syrian Army — the ones who’ve been defeating ISIS — and killed their soldiers. Whose side are they on?

Israel has officially admitted striking targets inside Syria on Thursday. For the first time since the conflict began, the State of Israel has targeted Syria with air strikes. The attack came just as the Syrian government declared a major victory against ISIS.