“The official line pursued by the United States, Israel and Saudi Arabia, who are our allies in many ways, is almost one that would lead us to war,” Macron told reporters”

( Op-ed) — According to four-star General Wesley Clark, in a 1991 meeting with Paul Wolfowitz, then-under-secretary of defense for policy at the Department of Defense, Wolfowitz seemed a little dismayed because he believed the U.S. should have gotten rid of Saddam Hussein in Operation Desert Storm but failed to do so. Clark summarized what he says Wolfowitz said:

“‘But one thing we did learn. We learned that we can use our military in the region, in the Middle East, and the Soviets won’t…

“This threat of nuclear war is not a game.” Gabbard

Hawaii Democratic Rep. Tulsi Gabbard appeared on multiple Sunday news shows a day after her state’s false ICBM emergency alert sent the islands into a tense 40 minutes of panic before it was revealed to be a message sent in error, where she slammed the mainstream media’s reporting on the North Korean nuclear threat, saying, “We’ve got to understand that North Korea is holding onto these nuclear weapons because they think it is their only protection from the United States coming in and doing to them what the United States has done to so many countries throughout history.”

She further called for Trump to hold direct talks with Kim Jong Un in order to prevent the real thing from ever happening. 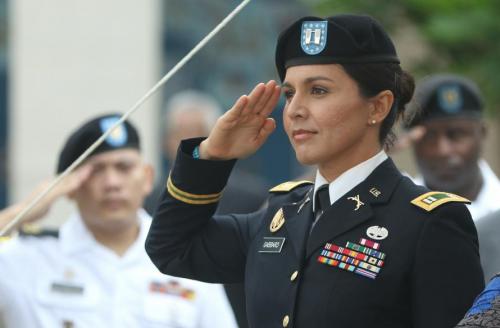