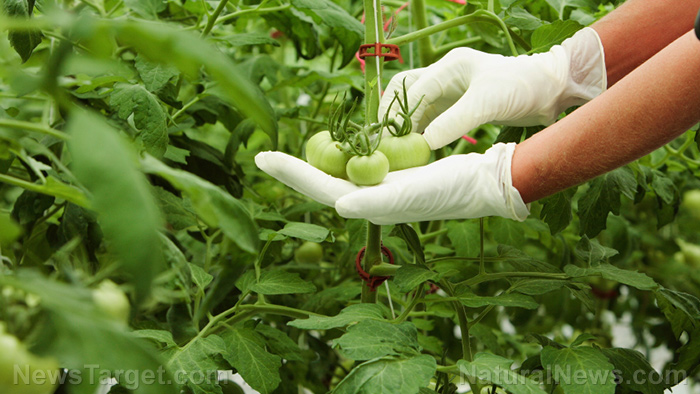 (Natural News) Eating fruits and vegetables is vital for overall health, but what if every juicy bite contains a cocktail of toxic pesticides?

The Environmental Working Group(EWG) analyzed samples of conventionally grown produce tested by the U.S. Department of Agriculture (USDA) and found that nearly 70 percent were contaminated with pesticide residues.

The USDA detected a total of 230 different pesticides and pesticide breakdown products on the thousands of produce samples analyzed, and EWG’s analysis showed that there are variations between the different types of produce.

Each of these food items tested positive for a number of different pesticide residues and contained higher concentrations of pesticides than any other fruits and vegetables. According to the EWG findings, more than 98 percent of samples of apples, cherries, nectarines, peaches, and strawberries tested positive for residue of at least one type of pesticide. A single sample of strawberries revealed 20 different pesticides, while spinach samples had 1.8 times as much pesticide residue by weight than any other produce.

EWG singled out the top 12 fruits and vegetables with the highest loads of pesticide residues. See if your favorite made it on the infamous “Dirty Dozen” list:

EWG also added hot peppers among the produce samples for being highly contaminated with insecticides that are toxic to the human nervous system. The USDA found residues of three highly toxic insecticides (acephate, chlorpyrifos, and oxamyl) on a portion of 739 tested samples of hot peppers in 2010 and 2011, at concentrations high enough to cause concern. Fast forward to 2015, California regulators still detected some residues of these three insecticides after testing 72 unwashed hot peppers. (Related: Poisonberry: The 10 Most Contaminated Fruits & Vegetables.)

If you can’t afford or find organic or locally grown hot peppers, cooking them is said to diminish the pesticide residues.

These results underscore the health risks that pesticide-ridden crops pose. One study published in the journal JAMA Internal Medicine found a link between eating high-pesticide-residue foods and fertility problems.

The study involved women who reported consuming two or more servings per day of produce with higher pesticide residues. They were found to be 26 percent less likely to have a successful pregnancy during the study than participants who ate fewer servings of these foods.

Another study, this time with male subjects, found similar associations between consumption of foods with higher pesticide residues and reproductive health.

Moreover, pesticides and other toxic chemicals generally cause various side effects, ranging from hormone disruption, brain and nervous system damage, to many forms of cancer.

These findings raise important questions about the safety of pesticide use on produce, and highlight the importance of buying the organic versions of fruits and vegetables, particularly the Dirty Dozen, to help people skip the toxic chemicals.

The EWG’s Senior Analyst Sonya Lunder explains how their team comes up with lists such as the Dirty Dozen in a video titled “Shopper’s Guide to pesticides in produce.” Lunder also highlights the Clean Fifteen list, which features 15 fruits and vegetables with the least amount of pesticide residues among the thousands of samples the EWG tested. The list includes avocado, grapefruit, and cauliflower.

The guide can help people know which foods rank high in the pesticide-laden category and encourage them to buy organic or locally grown versions to ensure getting all the health benefits without the chemical exposure.

Previous :Do you have a homestead? Here are 20 reasons why you should have one

on FuturisTrendcast Blog
TO WATCH/READ ALL MAY 9 POSTS ​Click #IRemember!

FOR FULL PICTURE READ/LISTEN TO NEW

YOU CAN READ/HEAR THE ENTIRE 6-PART PATREON-EXCLUSIVE EXPOSE

Third in the new Series!​

Each of the Webinar 9 segments delivers a rich multi-sensory vision of our world and true history of mankind. It includes hundreds of amazing images and rare ancient maps, carefully chosen by Lada to enhance the narrative.
The webinar boasts many fascinating forbidden history & linguistics revelations, together with Lada Ray’s higher-consciousness, Earth Shift and Multidimensional theories throughout! As always, Lada Ray’s whole picture of the world, painted through the Forbidden History & Forgotten Origins Webinars, is balanced and unique!