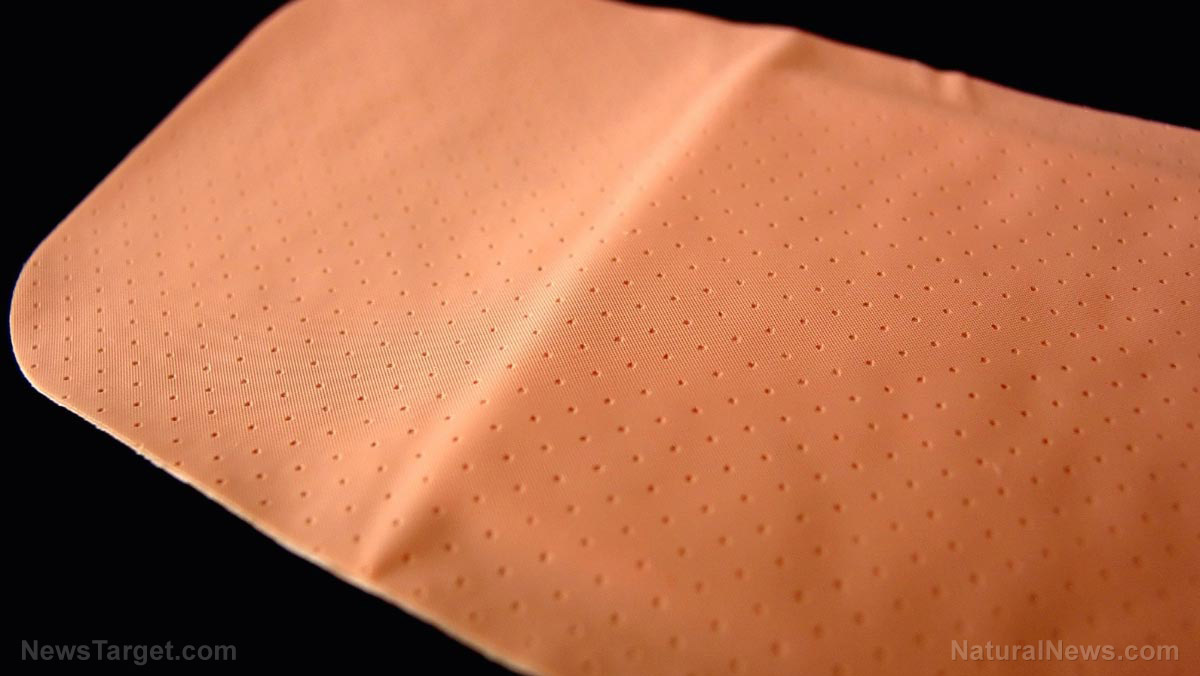 (Natural News) Harvard researchers have come up with two nanofiber wound dressings made from natural proteins found in plants and animals. Wounds treated with the new dressings heal so fast and so thoroughly that they don’t leave any scars, reported The Harvard Gazette.

The two wound dressings were produced by separate research teams, one of which chose to use proteins from soy plants while the other employed animal protein. Both proteins show similar effects on healing and tissue regeneration.

Kit Parker leads the Harvard John A. Paulson School of Engineering and Applied Sciences (SEAS) research team that focused on the animal protein-based dressing. He cites his own combat experience as inspiration for the dressings, which he intended to be used by wounded soldiers on the battlefield.

“As a soldier in Afghanistan, I witnessed horrible wounds and, at times, the healing process for those wounds was a horror unto itself. This research is a years-long effort by many people on my team to help with these problems,” Parker says.

His wound dressing was inspired by 1970s research that discovered fetal tissue could regenerate wounds without scarring. Fetal skin has large amounts of fibronectin, a naturally-occurring protein that isn’t found in adult skin.

Fibronectin takes two forms depending on its location. The fibrous form is found in tissue while the globular one is carried by the blood. Fibrous fibronectin is the more promising material for healing wounds, but globular fibronectin is much easier to make.

The SEAS researchers used a device invented by Parker’s group to turn globular fibronectin into its rarer fibrous form. The resulting nanofibers are then collected to fabricate a full-fledged wound dressing or bandage.

According to primary author Cristophe Chantre, the fibronectin-based dressing gets integrated into the wound. It serves as a natural construction scaffold for stem cells involved in regeneration. As the healing process takes place, the organic bandage is absorbed by the body.

Experiments showed that fibronectin dressings helped wounds restore 84 percent of lost tissue within 20 days, while standard bandages achieved 55.6 percent. Furthermore, wounds treated with fibronectin wound dressing healed so well that there were barely any scars. The regenerated skin could even grow hair again, which is very difficult for scarred tissue to do.

Meanwhile, Parker’s counterparts at the Wyss Institute reported on their own nanofiber dressing design. They used a soy-based nanofiber that achieved similar results to the fibronectin one.

Soy protein has two molecules working in its favor. The first is a phytoestrogen, which is similar to estrogen down to the enhanced healing. The second are bioactive molecules that act like the ones that build and support human cells.

The Wyss Institute team used the same fabrication technique as Parker’s team did, down to the same machine. They spun ultra-thin soy fibers into large-scale dressings that can be applied on wounds.

Wounds that received plant-based dressing recorded a 72 percent improvement in healing compared to those that didn’t get dressed. The soy- and cellulose-based wound dressingalso outperformed normal dressing by 21 percent.

The primary author of the second study, graduate student Seungkuk Ahn, says soy-based nanofibers can spur the development of a new generation of nanotechnology-based regenerative dressings that improve wound care.

The Harvard researchers agree that both wound dressings have advantages and niches to fill. The soy-based nanofibers are much cheaper, so they are better for burns and other wounds that cover large surface areas. On the other hand, the fibronectin dressings are perfect for parts of the body that need to avoid any scarring, like the face or the hands.

Want to read more articles about medical advancements? Head over to Health.news today.

Previous :Scientists look at binge-eating mice to understand why we overeat
Next :Study: Deep-sea trawling is extremely destructive for fish populations and has little economic benefit