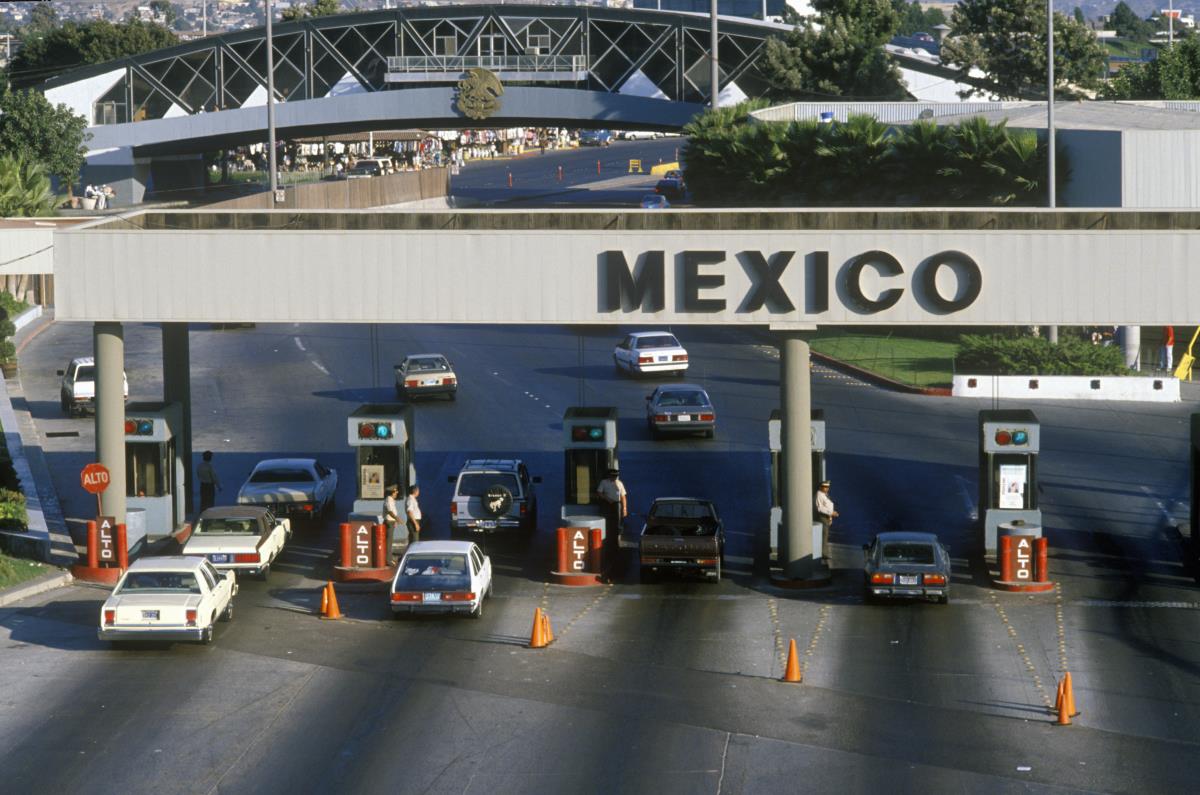 Since Donald Trump came down the escalator at Trump Tower in New York City in June 2015 to announce he was running for president and promised to do something about “rapists and murderers” coming into our country from Mexico, he’s been hammered by the far Left for his stance on immigration.

But the criticism hasn’t just come from the American Left. No shortage of Mexican officials and citizens have also been critical of POTUS Trump’s promises to prosecute all illegal border crossers and to build a “big, beautiful fence” all along the U.S. southwest border.

Mexico’s newly-elected president, Andrés Manuel López Obrador, or AMLO, was also critical of the border wall. Yet now he’s committed to building a virtual border wall, so to speak, along his country’s southern and northern borders.

You can’t make this stuff up.

In an interview with Bloomberg, AMLO’s incoming security chief, Alfonso Durazo, said he and his boss will be building a new border police force aimed at interdicting illegal immigrants from Central and South America that have long used Mexico as a land corridor to the United States.

The idea is that the new force will act as a ‘wall’ to prevent illegal immigration, as well as drugs, weapons, and human trafficking into and through Mexico.

“We’re going to create a border police force that will be highly specialized,” Durazo said in an interview. “They need to apply the law.”

AMLO, who does not take power until Dec. 1, is set to meet with U.S. Secretary of State Mike Pompeo after the latter returns from Brussels, Belgium, where NATO held a summit this week. Immigration is expected to be on the agenda, of course.

Use of force NOT ruled out

Lopez Obrador will have a tightrope to walk as his country’s chief executive. He’s pledged to help protect his people from POTUS Trump’s ‘hardline’ (liberal code for “enforcing the law”) immigration policies but he runs the risk of being hammered by Mexican citizens if his own border force is seen as using similar tactics ICE and the U.S. Border Patrol employ (really radical stuff like arresting people who came into the U.S. illegally and then detaining them until they can be returned to their home country).

Durazo said part of the new strategy to control illegal immigration will be to work more closely with Central American countries to improve their citizens’ quality of life so they don’t seek employment and other opportunities elsewhere (Vice President Mike Pence took a trip to Central America last week with similar objectives in mind).

But he also did not rule out the use of force.

“The legitimate use of force by the state is a resource,” he said. “But it shouldn’t be the first resource, it should be the last one.”

One of the ways the incoming Mexican administration will act to combat corruption is by significantly increasing the salaries, benefits, and training for law enforcement personnel throughout the country. More training academies will be created so that double the current number of security personnel can receive training per year.

But for all intents and purposes, according to many experts, Mexico is a massive narco-state where cartels that once thrived only on drug trafficking have now branched out into illegal timber and resource mining and other semi-legitimate operations. And they employ local workers who would rather have a job than worry about morality.

Meantime, POTUS Trump’s son-in-law, Jared Kushner, will head to Mexico soon to meet AMLO and work on improving relations. Certainly the virtual ‘border wall’ — the new Mexican border force — will be on the agenda.

Read more about the invasion along our southern border at InvasionUSA.news.

J.D. Heyes is a senior writer for NaturalNews.com and NewsTarget.com, as well as editor of The National Sentinel. 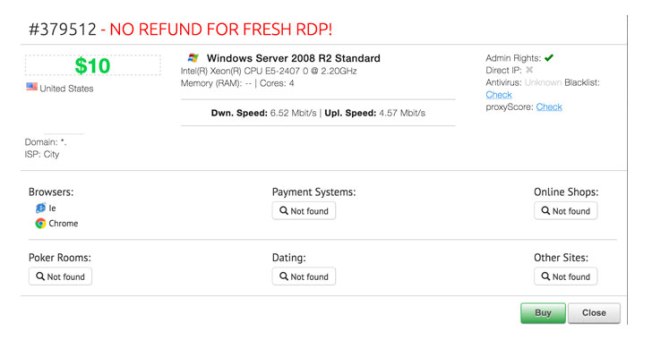 If you can’t find it on Google, you will definitely find it on the Dark Web.

Black markets on the Dark web are not known for just buying drugs, it is a massive hidden network where you can buy pretty much anything you can imagine—from pornography, weapon, and counterfeit currencies, to hacking tools, exploits, malware, and zero-days.

One such type of underground marketplace on Dark Web is RDP Shop, a platform from where anyone can buy RDP access (remote desktop protocol) to thousands of hacked machines for a small fee.

While investigating several underground RDP shops, security researchers from the McAfee’s Advanced Threat Research team discovered that someone is selling remote access linked to security systems at a major International airport for as low as $10. 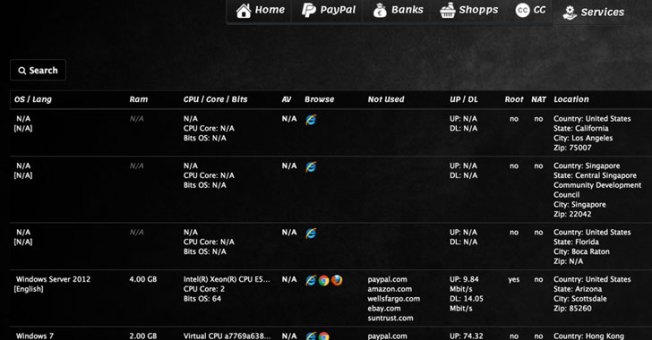 Instead of buying RDP credential, researchers used the Shodan search engine to find the correct IP address of the hacked Windows Server machine, whose administrator account was up for sale, as shown in the screenshot.

When researchers landed on its login screen through Windows RDP, they found two more user accounts, which were “associated with two companies specializing in airport security; one in security and building automation, the other in camera surveillance and video analytics.”

“We did not explore the full level of access of these accounts, but a compromise could offer a great foothold and lateral movement through the network using tools such as Mimikatz,” the researchers write.

“We performed the same kind of search on the other login account and found the domain is most likely associated with the airport’s automated transit system, the passenger transport system that connects terminals.”

According to the researchers, black market sellers usually gain access to RDP credentials by merely scanning the Internet for systems that accept RDP connections, and then launch brute-force attack with popular tools like Hydra, NLBrute or RDP Forcer to gain access. 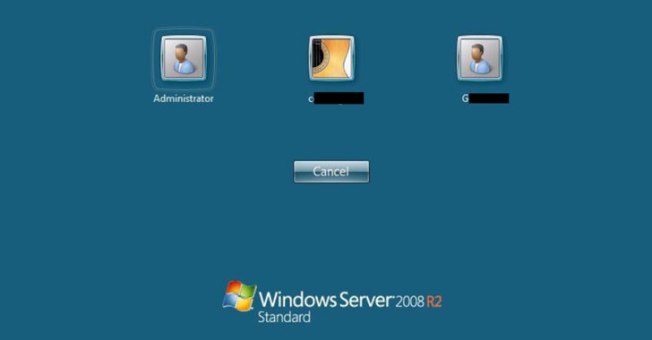 And once the attackers successfully log into the remote computer, they don’t do anything except putting the connection details up for sale on the Dark Web.

Anyone who buys access to such machines can move laterally within the network, create backdoors, alter settings, install malware and steal data.

As a solution, organizations should consider taking necessary RDP security measures, such as: