It’s funny how one nation’s freedom fighter and patriot is also considered a terrorist and public enemy #1. So goes politics and the power game that humans play.

It seems Europe is not THAT idiotic after all… winter’s coming!

He didn’t actually intend on winning the election. Therefore, he was actually planning on handing the Presidency to Clinton. His whole campaign was just a show, a “wrestlemania.” He wasn’t trying to beat Clinton – HE JUST WANTED TO BEAT TED CRUZ! (and use the publicity to springboard his own TV Station.) 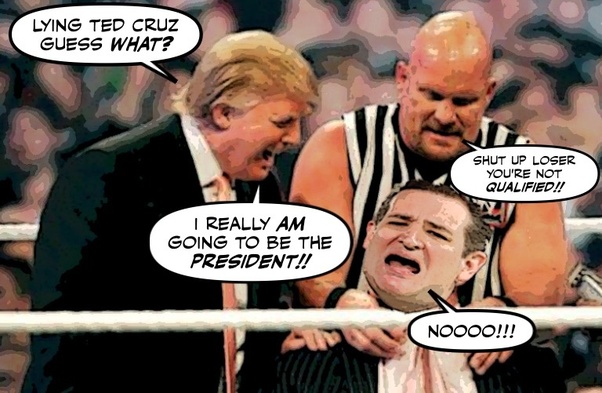 I think it was a well established fact amongst his campaign staff that Trump didn’t expect to win. In fact, they had all looked for other jobs. NOBODY thought Trump was going to win – especially TRUMP. In fact, Trump had even told the public the system “was rigged” and to expect a loss. That’s the first time I’ve ever heard a Presidential candidate tell the voters not to expect him to win. Usually, Presidential candidates tell their supporters they will be winning no matter what. Heck, Michael Dukakis told everybody he was going to win. So did Walter Mondale! There is almost no way to lose as big as Walter Mondale! He only won one state.

Trump had already set up his next gig: TV station owner. He and Steve Bannon had raised nearly a billion dollars in financing from the same people that financed Breitbart. His dream… Like his friend, Roger Ailes, always said: “If a man wants to be have a successful TV station, he should first run for President!” The plan was to lose, proclaim to the right-wing world that the Presidency had been stolen from him, and become the crusader against “Crooked Hillary” and her left-wing friends on behalf of all the people who had voted for him.

Wow! I must admit, that is a GREAT plan for spring boarding the next Fox News! Trump would have become the most powerful man in right wing media – and rich beyond his wildest dreams.

Then, catastrophe happened. He won. Trump scrambled as fast as he could to get it fixed…

After Trump won, he did everything he could to get out of the job – just like he had done everything he could to get out of winning in the first place! He acted nuts. He even went as far as to tell people the sun was shining when it was raining! He appointed the enemy of every department as it’s new head. Scott Pruitt, who had been suing the EPA for years, was selected as the head of the EPA. Rick Perry – a man who couldn’t remember the name of the Department of Energy during a Presidential debate, was appointed the head of the Department of Energy! He refused to attend intelligence briefings (No reason to know that type of stuff unless he was planning to continue being President…) Seriously, he isn’t really this crazy! HE WAS TRYING TO GET REMOVED FROM OFFICE.His wife, Melania, refused to move into the White House for four months. After all, why bother to move in when she wouldn’t be there for long? (Officially, she blamed this on their son’s school being in New York but that wasn’t the real reason…)

Getting fired seemed to be a good plan. After all, if it was a “rigged system” before he won, it’s still a rigged system, right? That’s a story that can be sold to the public. Crooked Hillary had cost him the office… The rightful winner had been denied! That excuse still works… What doesn’t work is resigning right after winning. That would make it clear he didn’t really want to be President and that his entire campaign was a fraud on the very people he was proclaiming to support. After all, if he was really a right wing crusader, he would stay in office. Quitting simply wasn’t an option. Something like that would destroy any chance of him ever getting his own right wing TV station. It would also destroy Trump Enterprises. Quitting that fast might even get him killed!

However, as fate would have it, Trump screwed up his attempt at getting quickly removed from office just like he screwed up losing. Seriously, this guy can’t win for winning… As it turns out, for Trump, getting out of being President is as hard as it was to get out of the mob! (Maybe harder…)

In the end, Trump is the “accidental President.” All this stuff you hear about colluding with Russia, sure… he did it. However, he wasn’t colluding to win. He was defrauding Russia! He told Putin he’d love to do it. Then, he took millions of dollars worth of his help. The whole time he was thinking “these Russian idiots, they’re going to help me be the head of my very own FOX NEWS. What a bunch of suckers!”

—But the Russians pulled it off!

It’s actually pretty funny when you think about it…