The Horn News caught up with Ohio Rep. Jim Jordan, a Republican and leading member of the Freedom Caucus, and got answers on why he says next week’s election is a must-win for conservatives.

At a meeting of the city Chamber of Commerce in Lima, Ohio, Jordan came out swinging.

“This election, the choice for the American people is crystal clear. The differences (between Republicans and Democrats) couldn’t be clearer,” Jordan said.

And if Democrats win this midterm election November sixth, “they will expand ObamaCare,” which has become a federal black hole sucking tax dollars and piling up national debt.

“We have to replace ObamaCare with a patient-centered, family-centered, doctor-centered approach to healthcare,” the Ohio Fourth District Representative emphasized.

“Everything they told us about ObamaCare turned out to be false,” Jordan concluded. “That’s why we’ve got to replace it with a model that actually empowers families, empowers individuals and lets them shop for the kind of insurance and care that fits their needs.”

Jordan is running against Democrat challenger Janet Garrett, a former teacher turned liberal activist. She also spoke to the Lima Chamber of Commerce.

Garrett said that if elected she would seek Medicare “for all,” expanding ObamaCare and making the government bigger. “I don’t think the Affordable Care Act went anywhere near far enough,” she told The Findlay Courier.

Congressman Jordan warned that our nation is in danger of losing fundamental freedoms, including freedom of speech and religious freedom. As an example, he told the Chamber about a confrontation he had while serving on the Committee on Oversight and Government Reform.

In a committee hearing, Jordan inquired about so-called “safe spaces” on campus.

“In a ‘safe space,’ could you say this sentence: ‘Donald Trump is president,’” Jordan asked a college professor.

The professor responded, “Well, it depends…”

“Simply stating a fact on a university campus – where students go to learn facts – could get you into trouble,” Jordan told the Lima Chamber.

Jordan also noted that under Obama, the Internal Revenue Service systematically targeted American citizens because of their conservative beliefs.

Jordan serves on the Committee on the Judiciary, including a subcommittee on the Internet. He said social media companies like Facebook and Google have become the biggest threat to conservative speech. He listed many examples of internet accounts –personal, ideological, and political– which have been deleted or banned.

Even Jordan was “shadow banned” by Twitter, along with three other House conservatives.

Shadow banning is a deceptive practice of social media companies. They make it look like your account is just fine, but they secretly block all your tweets and posts so no one else can see them.

“Twitter claimed it was just a glitch in the company’s algorithm, but there are 535 members in Congress, and only four conservatives were shadow banned,” Jordan pointed out. He then quipped, “What was the ‘glitch’ in the algorithm? Our four names?” to laughter from the crowd.

The Horn asked Jordan specifically about the huge group of 7,000-10,000 migrants staged to invade the U.S.

U.S. Attorney General Jeff Sessions called the caravans, which are organized and supported by the open borders group People Without Borders, “a deliberate attempt to undermine our laws and overwhelm our system.”

Jordan added that a border wall would help slow down the nation’s drug epidemic.

The Washington Examiner calls Jordan “a dream candidate for those looking to drain the swamp” of compromising establishment politicians. Numerous times, Jordan has stood up to those in power — even of his own party — to protect free speech, a free press, and religious liberty.

“Too many forget what they were elected for,” Jordan jabbed. “Our job is to do what we told the American people we would do. I have done that and will continue to do that.”

Jordan also defended President Trump, saying, “In just two years, regulations reduced, taxes lowered, Gorsuch is on the court, Kavanaugh is on the court, the economy is growing at a rapid rate, unemployment at its lowest in nearly fifty years, we’re out of that crazy Iran deal, the embassy is in Jerusalem, and the hostages have been returned from North Korea,” the Speaker-Hopeful rattled off. “By anyone’s definition, the president’s accomplishments have been amazing.”

Jordan’s Democratic opponent repeatedly emphasized, “I am running because I care.  I will always care.” She focused on healthcare, but failed to mention the millions of exceptions to that concern, such as preborn American children. Garrett is a longtime pro-abortion extremist.

Garrett lost to Jordan the past three elections. This time she is paying hefty sums for negative ads to ridicule her opponent — including depicting him as a Muppet. The Horn News asked Jordan specifically about Garrett’s desperate Kavanaugh-esque hit pieces against him.

“I think everyone sees through all that,” Jordan told The Horn. “We’re talking to voters about what we’re going to do, and you don’t hear from us the negative talk. We’re doing positive ads.”

In the last election, Jordan beat Garrett by more than 2-to-1. But recently, Garrett received a flood of campaign donations from liberals across the country, such as actor William Baldwin.  TV host Chelsea Handler is also a vocal Garrett supporter on social media.

When asked about possibly becoming Speaker of the House, Jordan replied, “The main thing in the next 13 days is to keep the (Republican) majority. We have to get the majority on election day, so I’m trying to help our candidates all over the country.”

“But if we win, I’m running for Speaker,” Jordan pledged. “I’m not the favorite, but I’m running because I think we’ve got to do what we can.”

Adam Brandon of the Examiner commented, “A Jordan speakership would bring the legislative process out into the open… Supporting his candidacy should be an obvious choice for (those) who believe in the values of individual liberty.”

— Father Mark Hodges is a reporter for The Horn News.

While Massachusetts Sen. Elizabeth Warren, Democrat, was preparing to fight the confirmation of Supreme Court Justice Brett Kavanaugh last month, she was also asking for illegal donations from her supporters — and critics say it was the same as soliciting bribes.

And she didn’t act alone.

FACT submitted a formal complaint to the Senate Ethics Committee on Monday regarding Warren and Harris’ allegedly illegal actions.

Senate ethic rules strictly forbid elected officials from “cashing in” on their votes before they happen. But that didn’t stop Warren and Harris from reportedly soliciting thousands of voters for cash in exchange for their vote, FACT claimed.

Warren denied any knowledge of her campaign’s allegedly illegal fundraising efforts, and acted surprised when told there was an ethics investigation into her actions during a recent debate.

Her name was signed at the bottom of the email in question.

“Something that we found out recently that is pretty unconscionable is that Sen. Warren was fundraising illegally using the vote on Justice Kavanaugh — the confirmation vote — to try to raise money for her campaigns,” Republican senatorial candidate Geoff Diehl, who is running against Warren, said during a recent debate.

“That is something you should not be doing when we are having a national discussion about the Supreme Court … but you did, and turns out it’s illegal,” he said.

A formal criminal investigation into the fundraising tactics of both Warren and Harris could be ordered based on the complaint.

“Ms. Warren’s email said she was demanding a delay on the judge’s confirmation vote and asked for donations for her 2018 election campaign, while Ms. Harris’s emails detailed several of her actions as a member of the Judiciary Committee, including her questioning of the president’s pick for the high court, and asking for contributions,” The Washington Timesreported.

Asking for money upfront as a measure of support for a senators vote?

Warren attempted “to gain considerable campaign income as well as important donor information by promising to use their official position as a Senator,” said Kendra Arnold, executive director of FACT.

“This is a clear violation of the Senate Ethics rules which safeguard against the appearance or actuality of elected officials ‘cashing in’ on their official position for political purposes,” Arnold said.

“EXAMINE THE NATURE OF UNBORN AWARENESS.”

Now you know what awareness is. You have known this transcendental awareness where objects and subjects are no more existential. You have known for the first time this purity, this crystal-clear mirror. Now examine the nature of this awareness.

Look into it, look deep into it. Shake yourself into as full alertness as possible. Wake up and see! And you will start laughing — because now you will see there has never been a birth, and there is never going to be a death.

You were living in a nightmare and it was your own creation.

By now we have nearly 200 unique and important articles and posts! Amazing, personalized, value-added interaction and the coolest community of advanced and smart people! Huge volume of mind-blowing, in-depth and consciousness-expanding writing! A feast of my exclusive multidimensional intel, analysis, insight and wisdom you won’t find anywhere else!

A small sampling of latest in-depth articles and reports you don’t want to miss!

What Is Happening with Brazil Elections & Bolsonaro? + Brazil Economy/Currency & the Role of the US (Ask Lada + Predictions)

Per latest I’ve heard, the death toll has climbed to 21 at the site of the tragedy of the Kerch Polytechical College. This is a very suspicious act, which at the very least begs a lot of questions. It’s very hard to imagine that a sole 18-year-old madman could execute a successful act of such magnitude. How he was helped and by whom, that’s a different question… Russian police also has expressed a doubt this could possibly be an act of a sole madman.

There seems to be a shadow of those who are very experienced and determined to cause harm to Russia, seen behind him.

This is an all out war against Russia the Great Balancer, as she continues trying to shift the world to a more equitable state as part of the Earth Shift.

I also want to remind everyone about this diabolic, yet symbolic, coincidence! The…

Starring Putin, Berlusconi and the Crimeans… Self-explanatory, take a listen –

VISIT LADARAY.COM! Tons of freebies and lots about my theories and predictions – check it out!

Latest Patreon testimonial: From Stakes Are Up! Russian S-300 Close Skies Over Syria, But USA/Israel/Ukraine Collude! (Very Important Intel!)
Excellent article Lada, so much information it’s unbelievable how much I learn from your writings. Thank you

That said, sanctions are never good, if the world can live without them. Bottom line, all the aggressive moves by the West against Russia have either backfired already or will soon.

Tons of freebies and lots about my theories and predictions – check it out!

From Stakes Are Up! Russian S-300 Close Skies Over Syria, But USA/Israel/Ukraine Collude! (Very Important Intel!)
Excellent article Lada, so much information it’s unbelievable how much I learn from your writings. Thank you 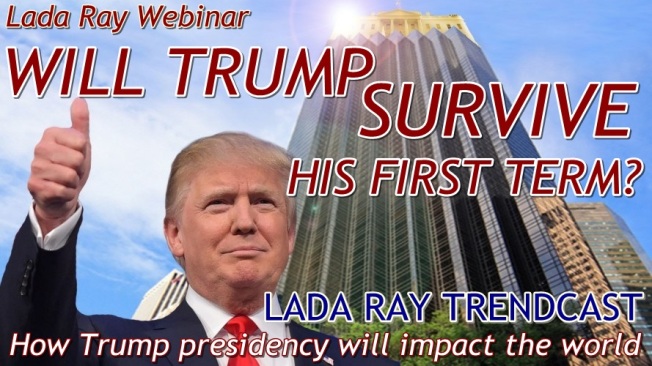 Newly redone home page. Tons of freebies and lots about my theories and predictions – check it out!

How Religion Came to Be? Is Organized Religion Good or Evil? The Cosmic Multidimensional Vedic Perspective (Ask Lada)

No surprise! The usual West’s #DoubleStandards towards #