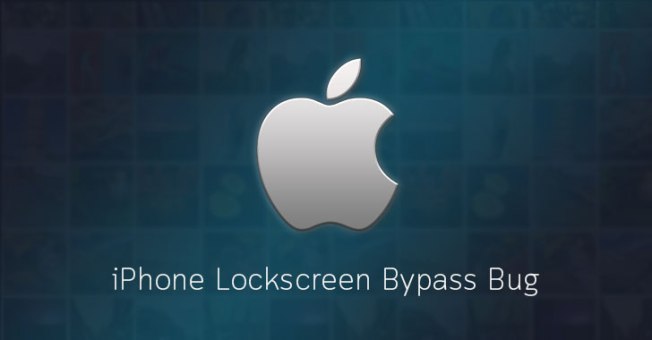 A security enthusiast who discovered a passcode bypass vulnerability in Apple’s iOS 12 late last month has now dropped another passcode bypass bug that works on the latest iOS 12.0.1 that was released last week.

Jose Rodriguez, a Spanish amateur security researcher, discovered a bug in iOS 12 in late September that allows attackers with physical access to your iPhone to access your contacts and photos.

The bug was patched in iOS 12.0.1, but he now discovered a similar iPhone passcode bypass hack that works in 12.0.1 and is easier to execute than the bug Rodriguez discovered and reported two weeks ago.

The new hack allows anyone with physical access to your locked iPhone to access your photo album, select photos and send them to anyone using Apple Messages.

Since the new hack requires much less effort than the previous one, it leaves any iPhone user vulnerable to a skeptic or distrustful partner, curious college, friend or roommate who could access your iPhone’s photo album and grab your private photos.

Here’s How to Bypass iPhone Lock Screen to Access Photos

As shown in the video demonstration, the new hack also takes advantage of Siri and VoiceOver screen reader to get through your phone’s defenses, just like other similar passcode bypass hacks.

The new passcode bypass requires about 10 steps to get executed, as follows:

The new passcode bypass method works on all current iPhone models, including iPhone X and XS devices, running the latest version of the Apple mobile operating system, i.e., iOS 12 to 12.0.1.

Until Apple comes up with a security patch, you can temporarily fix the issue by disabling Siri from the lockscreen. Here’s how to disable Siri:

Of course, disabling Siri would cripple your iOS 12 experience, but would prevent attackers from abusing the feature and breaking into your iPhone.

Meanwhile, just wait for Apple to issue a software update to address the new iPhone passcode bypass bug as soon as possible.