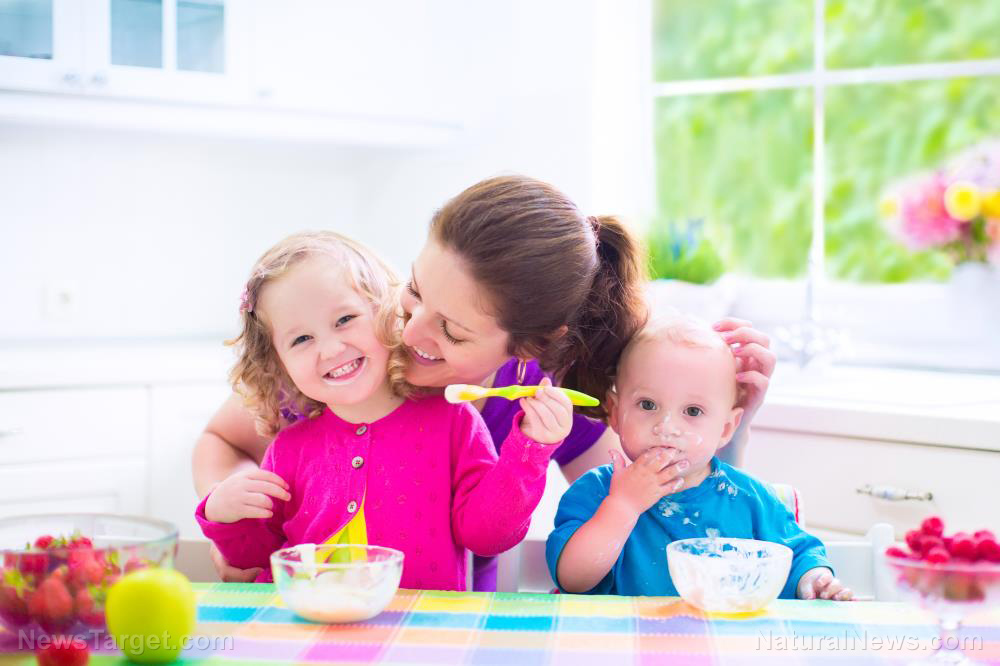 (Natural News) If you’ve ever taken the time to look over the ingredients label on food products, there’s a good chance you’ve found some words you aren’t familiar with. While many people look out for the bad ingredients that grab a lot of headlines, like high-fructose corn syrup and nitrates, there are a lot of others that seem to slip under most people’s radar. If an unfamiliar ingredient is near the bottom of the ingredients list, many people simply shrug it off and assume the product contains so little of the ingredient in question that it won’t make a big difference.

However, the American Academy of Pediatrics (AAP) is warning that many of the common additives in not just food but also packaging deserve closer scrutiny. The group recently released a policy statement and report in which they stated in no uncertain terms that many of these additives have devastating effects on people’s health – and children are especially vulnerable. They also called for the regulations governing these chemicals to be overhauled.

With more than 10,000 chemicals in the food that we eat, it simply isn’t practical to expect anyone to be able to separate the good from the bad. Therefore, the report singled out a few groups in particular, including phthalates, BPA, nitrates, PFCs, and artificial food colorings.

These chemicals’ effects on the endocrine system are particularly concerning. Phthalates and bisphenols can have a negative effect on puberty or even advance its onset, and they can also increase the risk of infertility, obesity, and other chronic conditions. Exposure to PFC, meanwhile, results in low birth weight and damages fetuses that are developing, while nitrates are linked to some types of cancer.

They also highlighted the dangers of artificial food coloring. Synthesized from petroleum and coal tar byproducts, some of the colorings are even bound to aluminum, which is a neurotoxin. In an analysis of 810 grocery store products marketed to children, 43 percent contained artificial coloring. Not surprisingly, the only category of food that was free of this chemical was produce.

Artificial food colors have been linked to attention deficit hyperactivity disorder, and they also affect children who do not have ADHD. Some of the problems that have been linked to artificial food colors include immune reactivity, sleep problems, aggression and irritability. Making matters worse, the daily intake that the FDA has certified as acceptable of 60 mg per day per person greatly exceeds the 50 mg per day per person that has been linked to stronger negative effects.

Look out for indirect contamination, too

There’s also the matter of the chemicals that are indirectly added to food via the coatings, plastic, paper, dyes, polymers and adhesives used in packaging or manufacturing equipment. Some of the culprits include the phthalates used in adhesives and plasticizers, the bisphenol lining metal cans, and packaging chemicals. Such chemicals have been linked to issues like cancer, oxidative stress, cardiotoxicity, thyroid disruption, and endocrine problems.

The dangers of these chemicals are especially worrying in children, whose developing organs are vulnerable to disruptions that can cause lifelong damage. In addition, their relative exposure in terms of dietary intake per pound is greater than that of adults.

The AAP would like to see a stricter process for gaining the “Generally Recognized as Safe” designation, along with new requirements to test ingredients for toxicity prior to use and the re-testing of chemicals that were previously approved.

They recommend parents stick to fresh and frozen fruits and vegetables as much as possible. The group also warns against microwaving plastic food containers or putting them in the dishwasher – although it’s best to avoid plastic entirely.

Previous :The dangers of psychiatric drugs – are we becoming a drugged-up nation?

Ron Paul always made sense, even if his timing is off. He should subscribe to FT!!

Ron Paul recorded this interview in the beginning of 2016, after he resigned from Congress. Take listen, share what you think.

You and Ron Paul are true Patriots (in the most honorable sense of the word). Senator Ron and Rand to a certain extent defended Russia and Putin, Putin has done so much to save Democracy in the Western world but US politicians are so brainwashed they don’t even see it or acknowledge the obvious.

Today I am posting a very different interview by an award-winning American journalist, complete with alternate, non-partisan view of the US Empire and US economy. However, you may notice that the views and problems identified by both are strikingly similar.

What does it tell us? Simply that the problems of the US are visible by a naked eye, no matter what political views you hold otherwise.

The views in the video below aren’t necessarily the ones I agree with, but there are some sane and valid ideas expressed. There are certain more straight views of Trump and current American economic policies than any I’ve seen recently emerge from the US pundits. Take a listen at around 6 min mark, see what he says about manipulated US unemployment figures. I can fully sign up under this…

Thanks for the mention dear friend, we all appreciate your herculean efforts to awaken a zombified world. Keep up the good fight! 🙂

Found a new source for tracking my latests Twitter stats, decided it was a good idea to record them.

NOTES: Just yesterday evening I had 13,000 followers. Suddenly lost 67 followers, and all in 10 minutes? Twitter is at it again. Last time over 250 followers disappeared within 15 minutes and I knew it because I had to re-log in just minutes after I logged out, which allowed me to catch the process of the mass erasing of followers. I watched my follower count suddenly drop precipitously – proof that someone is stealing followers. (Confirmed that this is a common…