Read my big analysis of the incident: 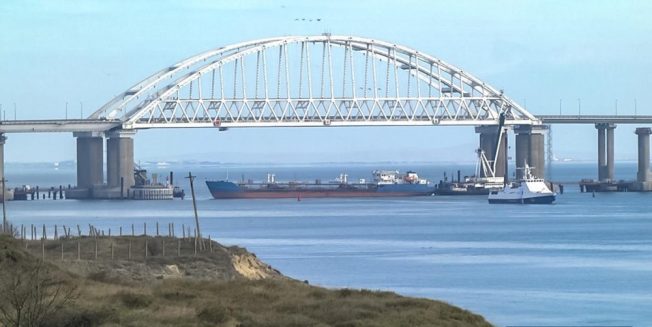 For all my FuturisTrendcast followers!

I am making this major article, containing the latest important events overview and geopolitical analysis, free on Patreon, so that as many people as possible could read it. Please share the link to this post on Twitter, Facebook, G+, Tumbler, Pinterest or any other social media. On Patreon you can do so by clicking the upward-facing arrow in the bottom right corner of the post, next to the heart, on which you would normally click to LIKE the post. I very much appreciate both likes and shares!

Why Ukraine & US Desperately Need the Black Sea/Azov Provocation! 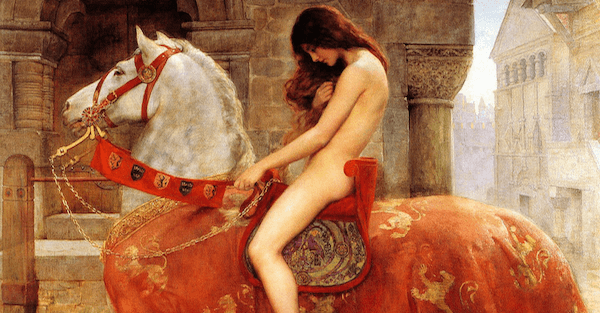 By the middle of the 11th century in the town of Coventry, England, the local townspeople had spent years under the oppressive regime of their ruler, Leofric of Mercia.

Leofric taxed his people heavily… which was commonplace in the Middle Ages.

Feudal barons were extremely creative in taxing trade and commerce, demanding egregious tolls from merchants who passed through their lands and waterways.

Clive Day’s book History of Commerce describes the absurd state of taxation in Medieval Europe, counting a total of 62 toll stations on the Rhine River, 74 on the Loire River, and 77 on the Danube River, resulting in an effective tax rate that could easily exceed 60%.

Merchants paid a disproportionate amount of the tax; when King Richard I of England was raising money for the Crusades in the 12th century, the merchants numbered 0.25% of the population, but paid 25% of the tax.

Peasants also had it rough.

A typical serf owed his feudal baron three types of annual taxes– one called a ‘small head’ tax for each member of the household, a property tax, plus an additional fixed fee that was in the Baron’s discretion.

Serf’s also owed their lord a share of their crops and livestock, a certain number of days of unpaid labor, military duty in the local regiment, plus a sales tax on all goods purchased from the market.

If a peasant died without heirs, all of his belongings passed to the Baron. And even with heirs, the Baron was entitled to help himself to the departed’s property.

And of course the Baron was also frequently entitled to the right of primae noctis, in which he was allowed intercourse with a peasant’s bride on their wedding night.

(The only way out of this was for the groom to pay yet another fee to the Baron in exchange for his bride’s chastity.)

All told, it was a pretty brutal system. And the people of Coventry had it particularly bad under Leofric.

Leofric’s wife took pity on the poor Coventry townsfolk, and pleaded with her husband to cut their taxes.

He agreed– on the condition that she ride naked through the streets of Coventry on horseback to prove her devotion to the peasants.

Her name was Lady Godiva. And the story became a popular legend for tax-oppressed peasants across Europe.

Now, the feudal system may have ended hundreds of years ago. But the concept of heavy taxation still remains.

Even if one might believe that taxes are a necessary evil to pay for various government services, I always find it ironic that many low-tax countries provide ample services and security to their citizens.

Singapore is a notable example; it boasts one of the lowest tax rates in the world and is compulsively business-friendly.

And despite its low tax rate, the country has a strong military, enviable infrastructure, universal healthcare, low-income housing, and ZERO net debt.

On the opposite end of the spectrum, much of the developed West has almost medieval levels of taxation, yet crumbling infrastructure and debilitating debt levels.

How is this possible?

Decades of of bad decision-making.

In the Land of the Free, the US federal government hasn’t consistently run a budget surplus since Harry Truman was President.

In the 19th century the US government bought vast tracts of land like Alaska and the Louisiana Purchase, literally paying pennies per acre in 2018 money.

Today they waste countless billions on websites that don’t work, or waging pointless wars against plants.

Federal spending is so out of control that the government nearly burns through all of its tax revenue simply paying interest on the debt and mandatory entitlements like Social Security (which GROW every year).

Even in a year when the economy is growing, unemployment is low, and corporate earnings are strong, the federal budget is still in the red by more than a trillion dollars.

Just imagine what’s going to happen in the bad years that are absolutely inevitable. . .

There’s nothing that you or I can do about any of this. Voting is a pointless and demeaning exercise that doesn’t change the game… merely the players at the table.

I’ve always felt that a far better approach is to reduce your exposure to this insanity– specifically by taking legal steps to reduce the amount of money you owe in tax.

And in this day and age, no one has to ride naked through the streets anymore to legally slash your taxes.

I was just meeting with my tax advisers here in Puerto Rico yesterday– which as we have discussed before is one of the BEST deals in the world for tax.

Regardless of whether or not you’re a US citizen, you can set up a company under “Act 20”, the Export Services Act, and lock in a 4% corporate tax rate… with potentially 0% additional tax on dividends.

The business activities of the Act 20 company must qualify under the guidelines of the law… but most types of services do qualify: consulting, sales, marketing, management, etc.

My attorneys told me yesterday that a number of their clients own businesses in other countries (including the US).

Those clients then set up an Act 20 company in Puerto Rico to provide management services to the other businesses.

Those businesses then pay a management fee to the Act 20 company, essentially diverting profits from high-tax jurisdictions into Puerto Rico’s 4% corporate tax regime (with a further 0% dividend tax).

But it’s probably not going to last forever.

Anyone with an existing Act 20 company is contractually grandfathered in under the current incentives.

But they may very well change the laws which would affect anyone wanting to set up one of these companies in the future.