Sen. Elizabeth Warren insists she’s a capitalist who “sees the value of markets.” But an exclusive Yahoo Finance analysis of her policy proposals puts her on the more socialistic edge of the Democratic field, barely to the right of Bernie Sanders.

Former Colorado Gov. John Hickenlooper, by contrast, has resisted efforts to label him a capitalist. Yet he lands at the more capitalistic end of the Yahoo Finance analysis, along with Washington Gov. Jay Inslee and former Maryland Rep. John Delaney.

As the field of Democratic presidential contenders swells, the primary-election process is shaping up as a tug-of-war over what type of economy is best for the nation. Leftists want far more government intervention in health care, energy, transportation and other sectors, to address worsening income inequality. Centrists insist pragmatic, market-based policies can solve pressing problems. And some candidates claim to be one thing while backing policies suggesting they are something else.

To clear the smoke and identify who stands for what, Yahoo Finance analyzed four key economic policies of 15 leading candidates (including Joe Biden, reportedly set to announce soon), and placed each of them on a spectrum ranging from more socialistic to more capitalistic. We used a 3-point scale to rank the candidates’ policies on health care, taxes, trade and climate change, then tallied the scores to reveal an overall economic orientation for each. (Please check out our complete methodology.)

Here’s where each of the 15 candidates stands:

There are several useful takeaways for voters. It’s no accident that the two declared candidates with gubernatorial experience—Hickenlooper and Inslee—are at the capitalistic end of the field, since governors have to work with businesses to develop pragmatic tax and regulatory policies that generate jobs. Joining them at the capitalist frontier is Delaney, who made millions starting and running two successful businesses, and only ran for office after that.

Sen. Bernie Sanders, not surprisingly, is the most socialistic candidate among Democrats, with a well-developed plan to sharply raise taxes, nationalize health care, cover college costs for many families and roll out other generous government benefits. Sanders has also signed on to the Green New Deal, which would border on a government takeover of the energy sector and force radical change in transportation, as well.

How big of a role for government

At least 7 of these candidates—Sanders and Warren, along with Senators Kirsten Gillibrand, Kamala Harris and Cory Booker, plus Rep. Tulsi Gabbard and businessman Andrew Yang—support Medicare for all, which would essentially nationalize the health care industry and eliminate the private insurance that now covers nearly 180 million Americans. That might lower the total cost of health care, while covering more people, but it would also be massively disruptive and require sharp tax hikes. There are other ideas for working toward universal coverage with a broader government role, while keeping the private health care system mostly intact.

On taxes, we considered plans to redistribute wealth through taxation—such as Elizabeth Warren’s wealth tax—as more socialistic. Politicians don’t often tout tax hike plans, but they do sometimes favor sweeping new programs—such as Sanders’ free-college plan—that necessitate higher taxes. We also rated those more socialistic. Tax hikes aren’t inherently bad, but economists generally say growth is strongest with the lowest possible level of taxation needed to meet public needs. And there are other ways to raise up those left behind, such as Delaney’s plan to incentivize investment in underperforming parts of the country.

On climate policy, we consider the Green New Deal to be the most socialistic plan out there for addressing global warming. At least five of the candidates—Booker, Harris, Sanders, Warren and Gabbard—support the GND, which would put the government in charge of the much of the energy and transportation sectors and require large tax increases. In this instance, there are clear market-based alternatives that are more capitalistic, such as imposing carbon taxes and letting the market sort out the most efficient way to cut pollution. Inslee, who’s campaigning primarily on a “climate mission,” would push reforms down to the state and local level, end existing carbon subsidies (capitalistic!) and involve businesses in his crusade to reduce emissions.

On trade, Trump-style protectionism is the socialist bookend, and only Bernie Sanders favors such an aggressive effort to protect American jobs by raising the prices consumers pay for imports. Trump has effectively, if mistakenly, vilified free trade, and few candidates these days are full-throated globalists. But Inslee, Hickenlooper, Delaney and to a lesser extent former Rep. Beto O’Rourke are all on record touting the virtues of open trade. Biden, as President Obama’s vice president, supported the Trans Pacific Partnership, which the Obama administration cultivated.

Some of the candidates, including O’Rourke and former San Antonio mayor Julian Castro, haven’t spelled out their views on every one of these issues, so we analyzed past actions and other policy positions to estimate where they’re likely to fall on the socialism-capitalism spectrum. And Biden, widely expected to enter the race soon, hasn’t detailed his economic views since he ran for president in the primaries in 2008. Much has changed since then, and Biden will have to update his views to account for Medicare for all, the Green New Deal and other recent developments. We’ll track all the moves as socialism and capitalism duke it out over the next 20 months.

END_OF_DOCUMENT_TOKEN_TO_BE_REPLACED 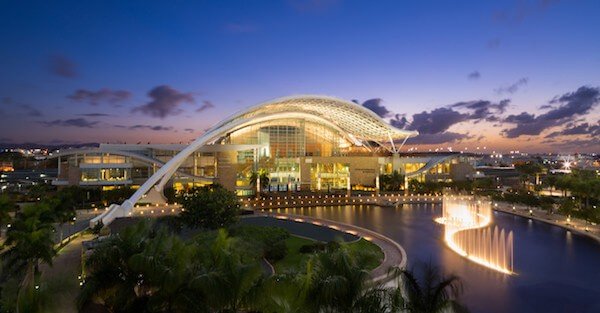 In the year 1841, people across countless sleepy villages in Ireland were participating in the most advanced census that had ever been conducted in European history.

The whole of Ireland was still under the control of the United Kingdom at that point, and parliament had passed the “Population Act” the year prior to modernize their national statistics.

According to the data collected, Ireland’s population in 1841 was approximately 8.25 million.

That was the high water mark.

Just four years later, Ireland was plagued by the Great Famine (also known as the Potato Famine), in which over 1 million people died.

Another 2 million left Ireland, never to return. They made new lives for themselves in Boston, London, and New York.

The next several decades in Ireland gave rise to a deeply socialist movement known as the Land War, aimed primarily at seizing and redistributing private property.

This compelled even more people to flee.

But the misfortune didn’t stop.

Ireland was hit hard by the Great Depression. And they tried to fix it by resorting to onerous taxes and tariffs, costly trade wars, and debilitating regulation.

The Irish economy continued to stagnate for decades, falling farther and farther behind the rest of Europe, even at a time when other European nations were themselves devastated by war.

It wasn’t until the 1980s, nearly a century and a half after the Great Famine, that the Irish government took a different approach

They began aggressively deregulating business and cutting taxes, including an experiment with a 10% corporate tax rate on manufacturing enterprises.

The efforts started working; multinationals began moving in to take advantage of the educated, English-speaking workforce and the low tax rates.

Within a decade, Ireland was one of the fastest growing economies on the planet. And the government doubled down on its pro-business initiatives by enshrining a 12.5% corporate tax rate, one of the lowest in the developed world.

It’s no coincidence that Ireland boasts one of the healthiest economies in Europe– a rare bright spot on a continent plagued by perpetual debt crises and radical socialism.

Ireland is a fantastic case study of how low taxes and economic freedom can help drive prosperity for everyone.

And I intend to tell this exact story to the Governor of Puerto Rico when I see him at a private function this coming weekend.

Puerto Rico is in a similar position right now; it’s not exactly the Great Famine of 1845… but a decade+ long economic depression has completely devastated this island.

When people come here to visit and see all the blight on the island, they always ask me, “Wow, did the hurricanes do that?”

“No. Ten years of economic stagnation did that. The hurricanes just finished it off.”

Like Ireland in the 19th century, Puerto Rico has lost a lot of its population– nearly 20% in the last decade. And most of those people are probably not coming back.

They’ve resettled in places like New York, Florida, etc. where the wages are higher and the jobs are plentiful.

Back here in Puerto Rico, the unemployment rate is still hovering around 10%. And well-paying professional jobs are difficult to find.

Even more than 18-months after the hurricanes ravaged the island, electricity here is still unreliable (and the power company is bankrupt).

The roads are in terrible condition. And the government has had to trim a number of programs and basic services.

In the midst of all these challenges, I find it remarkable that they followed in Ireland’s footsteps and passed some incredibly ambitious tax legislation to attract productive individuals and businesses.

We’ve talked about these tax incentives several times before; individuals can live in Puerto Rico and pay 0% tax on their investment income, while certain businesses can qualify for a 4% corporate tax rate.

(The individual incentive primarily benefits US citizens; foreigners who want to take advantage would have to go through US immigration, since Puerto Rico is a US territory. But ANYONE can benefit from the corporate tax incentive.)

Again, this is simply astonishing.

Most politicians would have gone down the road of higher taxes and more socialism. Soak the rich and chase them out.

But instead they decided to roll out the red carpet, hoping that the incentives will create jobs and prosperity.

So far it’s working, and I’m seeing it first hand.

The unemployment rate is slowly coming down and economic growth is finally picking up steam.

Don’t get me wrong, there’s a LONG way to go and an absolutely absurd amount of regulations they need to cut in order to truly streamline doing business here.

Hiring and firing employees in Puerto Rico, for example, is a lengthy process, and I still can’t make heads or tails of the paperwork.

And there are so many various government agencies involved in doing business here, each of which has its own separate reporting requirements.

But as they continue to unwind that bureaucracy, Puerto Rico has the potential to emerge as one of the most compelling places in the world to do business: direct access to the US market, without any of the tax consequences.

At the moment there’s also an incredible amount of opportunity here.

For example, a general contractor with experienced crews can make an absolute fortune in Puerto Rico given the demand for new construction, from low-income housing to custom luxury homes.

Bottom line: I think the worst is over for Puerto Rico. The government here has been doing the right things to get the economy moving again… and it’s working. So I want to strongly recommend that you keep this place on your radar.