After my earlier positive post: Way to Start a Monday! Watch How Parrot Plays Peek-a-Boo with Neighbor’s Cat

didn’t want to talk about this… But, that’s life and this just in.

The symbol and pride of Paris, Notre-Dame, is on fire! Sad… Hope no casualties.

Too early to talk about who, how and why, and I know a lot of people don’t like hearing the truth; they prefer to hold on to the image of what is familiar to them and/or what used to be a long time ago…

BUT! The truth is: France isn’t what it used to be and it presently calibrates surprisingly low; this manifests in various problems, from the population’s hardship and protests to the oligarchic frontman Macron.

And now Notre-Dame: things like this are omens of changes (to put it mildly)… 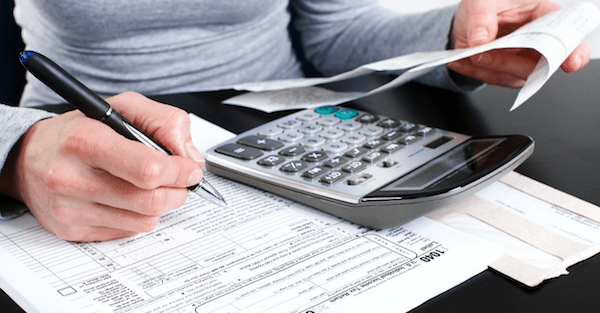 On September 11, 1791, sixteen men disguised themselves as women and waited patiently in a forest outside of Pittsburgh, Pennsylvania for the local tax collector.

The tax collector’s name was Robert Johnson. And he was tasked with collecting the new Whiskey Tax that had recently been signed into law.

This was -very- early in US history; the Constitution had only been ratified two years early, and George Washington was barely into his first term as President.

At the time, the US was drowning in debt. The American Revolution was terribly expensive, and the national debt amounted to more $75 million… an extraordinary sum at the time.

In order to pay for it, Treasury Secretary Alexander Hamilton convinced his colleagues to pass an excise tax on distilled spirits; and the so-called Whiskey Tax became law in March of 1791.

Whiskey was second only to God in America in the late 1700s. It was a staple of everyday life… used not only to kill brain cells, but as a medicine, disinfectant, and even a currency.

Whiskey was something that people assumed would always have value, so it was often used as a medium of exchange in trade. You could buy bread, livestock, and even pay debts with whiskey.

And farmers would frequently distill their excess grains into whiskey for extra cash. So it was surprisingly vital to the early US economy.

It was only six months after the Whiskey Tax became law that the tax collector Robert Johnson was ambushed outside of Pittsburgh.

The sixteen assailants shaved his head, poured scalding tar on his skin, and covered him with feathers. And the deputy federal marshal who was ordered to serve arrest warrants on those same assailants refused to do so, fearing for his own life.

The insurrection quickly escalated, culminating in the US government sending 13,000 soldiers (most of whom had been drafted against their will) to put down the rebellion.

It was the first time in US history that the federal government would pass a highly unpopular tax due to its financial desperation, and enforce it at gunpoint.

Now, I said that the $75 million debt was considered a LOT of money back then. In 2019 dollars, that was about $2 billion, roughly $500 worth of today’s money for every man, woman, and child in America at the time.

So, even as financially desperate as the government was in 1791, today the debt is over 100x worse on a per capita basis.

This makes higher taxes almost inevitable. And that’s worth considering as you file your annual tax return today.

Think about it: almost every penny that you send the government in tax goes to either pay interest on the debt, or towards completely insolvent programs like Social Security and Medicare (which the government estimates will run out of money in 15 years.)

There’s a few bucks left over for the military. But nearly ALL of the rest of government is funded with more debt.

That’s why the government had to borrow an additional $1 trillion last year… on top of another trillion the previous year.

Even the Treasury Department expects that it will increase the national debt by several trillion over the next few years.

Benjamin Franklin famously quipped that ‘in this world, nothing can be said to be certain, except death and taxes.’ I would respectfully change that to “HIGHER taxes”.

The Bolsheviks that are rising to power in the Land of the Free want your money. The fiscal outlook is already far too dire, and on top of that they want to spend vast sums on their pet projects.

They’re looking for every penny they can get their hands on, and they’re already proposing all sorts of initiatives– higher corporate taxes, new wealth taxes, and radically higher incomes taxes.

Any rational individual really ought to plan on this.

Even if you’re the type of person who agrees with their politics, I hope we can at least take an honest appraisal of the government’s track record.

Maybe you think that the ‘Green New Deal’ is the greatest idea in history. OK fine. Enjoy that fantasy. But at least consider who you’re dealing with.

After all, these are the people who squandered $2 BILLION to build a website. It’s not just that, either. Absurd, egregious waste and pitiful execution is in every corner of government, big and small.

According to Senator Rand Paul, for example, the National Institutes of Health spent nearly $1 million of your money to study the sexual habits of quail that are high on cocaine. And another $2.5 million to study daydreaming.

So, no matter where your beliefs align, it’s important to recognize that much of what they collect in tax revenue will be flushed down the toilet.

That money will be put to much better use in your own pocket. Save it to invest in your own business or education. Donate it to charity. Set aside more money for your retirement (given that Social Security’s trust funds will soon run dry).

With taxes, there are ALWAYS legal means at your disposal to reduce what you owe.

If you own a business, you can set up a captive insurance company, saving potentially hundreds of thousands of dollars each year.

If you have any self-employment or side-business income, set up a solo 401(k) or SEP IRA, taking an extra $56,000 off the table annually.

And if you have the means, moving overseas or here to Puerto Rico can potentially eliminate your tax bill.

These are all completely LEGAL and sensible steps to take.

Even the Queen Bolshevik herself, Elizabeth Warren, maximized her retirement deduction last year, contributing $55,000 to her solo 401(k).

It seems she understands what’s coming next…