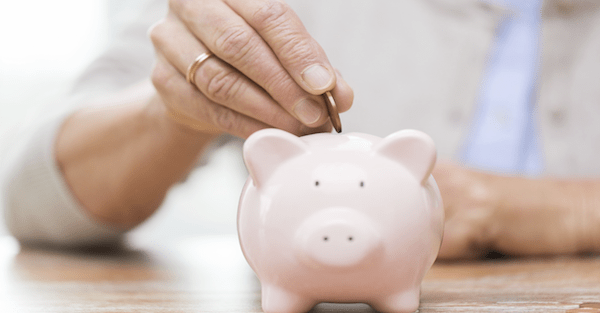 March 15, 2013 was a pretty normal day in Cyprus. It was a Friday, and most people were looking forward to a relaxing weekend.

The next morning the entire nation woke up in horror. Their politicians had been up all night, negotiating with international lenders to provide an emergency loan to the country, and its banks.

It turned out that the banks in Cyprus were all insolvent; just like banks in the United States during the 2008 sub-prime crisis, banks in Cyprus had been making idiotic decisions with their customers’ hard-earned savings.

Unfortunately for depositors, the government of Cyprus was also broke, and they were unable to bail out the banks.

So they came up with a new idea. Instead of a bail-out, they had a bail-IN.

First, they closed all the banks. ATM machines quickly ran dry and ceased functioning altogether. Then they just started confiscating deposits. They called it a ‘tax’, but it was theft, plain and simple.

The government just came in and grabbed money from people’s bank accounts… then gave it right back to the banks to bail them out.

It was an incredibly important lesson about banking: most people simply assume that their bank is in good financial condition… that, since the bank is regulated and insured by the government, our money must be safe.

Even in the US, we’ve seen how quickly banks’ idiotic decisions can unravel. Back in September 2008, the entire US financial system came crashing down, practically overnight, just like in Cyprus.

A big part of the reason is that banks have very little incentive to act conservatively and responsibly with your money.

Think about it– you walk into a bank and hand them your paycheck, and in exchange they offer you a ‘free checking account’.

Really? Free? If it’s free, then how does the bank pay for all of those fancy buildings and huge bonuses?

Simple. By taking RISKS with your money. They make loans and other investments– bonds, auto loans, home mortgages, etc. And each of those carries some kind of risk.

To pretend otherwise is foolish. There’s risk in everything you can possibly do with money… whether buying a government bond, stuffing cash under your mattress, or owning Apple stock. There’s always risk.

And they take these risks with upwards of 97% of their deposits.

Current US banking regulations, in fact, require as little as ZERO PERCENT of customer deposits to be held on reserve, meaning almost all of your money can be gambled away on whatever investment fad makes the bank the most money.

And that’s the problem: the incentives are all wrong.

Banks make money by putting YOUR money at risk. But they don’t share the reward. They pay you some pitiful interest rate like 0.02%. And then keep all the rest for themselves.

Don’t get me wrong– I obviously have no issues with any business making money. That’s how capitalism works.

But incentives between businesses and their customers should be aligned.

Customers benefit when their money is safe, or at least when they are compensated for risks. Yet banks only make money when they take risks with customers’ money without compensating them.

This model is deeply, deeply flawed.

Now, in fairness, not all banks are created equal. Some are in much better shape than others. And some jurisdictions are FAR safer than others.

You can actually figure this out for yourself by taking a look at your bank’s balance sheet. Most big banks are public and have to post their financial statements online.

If you hold your deposits at a smaller bank, you should ask them for their financials. (And if they refuse to provide them, take your money out immediately!)

A strong bank has a substantial ‘net equity’ or ‘capital’ position as a percentage of its assets. This is known as a bank’s ‘solvency ratio’, and it should be -well- into the double digits.

A lot of banks have solvency ratios of 5% or less. This means that if the bank’s investments lose more than 5% of their value, the bank will be wiped out.

That’s not exactly a big margin of safety.

An example of a better bank in the Land of the Free is USAA Federal Savings Bank, which has a solvency ratio of about 20%. That’s a solid margin of safey.

But this is one of the big reasons why I tend to keep most of my money overseas– international banks are often far better capitalized and more liquid.

(Liquidity is another important concept– it means that the bank keeps a MUCH higher percentage of reserves on hand, relative to customer deposits. A liquid bank is typically a safer bank.)

In the US, for example, the Federal Reserve is on very shaky financial footing. Last September the Fed actually reported unrealized losses of $66.5 billion, completely wiping out the bank’s $39.1 billion in capital.

In other words, the central bank which regulates and backstops the largest and most important banking system in the world, is effectively insolvent.

On top of that, the FDIC (which is supposed to insure trillions upon trillions of dollars in deposits in the US banking system) admits in its own annual report that its deposit insurance fund is currently insufficient to withstand a major banking crisis.

And finally there’s the US federal government, with its $75 trillion in NEGATIVE net worth.

So in the US we have dishonest banks with questionable balance sheets, an insolvent central bank, an undercapitalized deposit insurance fund, and a bankrupt government.

Seems like the perfect place to keep 100% of your savings!

Fortunately the world is a big place, and there are better options out there.

It’s 2019. Geography should no longer factor into your mental calculus when it comes to making decisions about where to keep your money.

Most people just open an account at the bank across the street. And that might be convenient to be able to withdraw some cash from time to time.

But the bulk of your money should be located wherever in the world it’s treated best– where the banks are safe, liquid, backed by a well-capitalized insurance fund in a jurisdiction with no net debt.

My team recently spent a few hundred hours analyzing dozens of traditional and online banks from more than twenty countries around the world– like Singapore, Hong Kong and Liechtenstein– to determine where the safest places are to deposit savings.

The 150-page report is only available to our premium Sovereign Man: Confidential members. But because this is so important, we’re releasing a redacted preview to all of our readers.

Because this guide will show you…