Many thanks to my good friend Lada @ futuristrendcast.wordpress.com for digging up this hilarious Presidential Seal!

What happens when you are yanked into a national news story whose main characters include a set of golf clubs, a double-headed Russian eagle and the president of the United States?

You laugh in bewilderment, field questions from reporters, reckon with hateful messages and misinformation and, ultimately, embrace the spotlight in a whirlwind 24 hours that involves a call to your local police, just to be safe.

At least that’s how Charles Leazott handled it. He woke up Thursday morning to find that a spoof presidential seal he created last year on “a lark” to vent his frustration with President Trump had ended up onstage next to the president himself.

The seal, which made allusions to Russia and golf, was included onscreen at a conservative event on Tuesday hosted by Turning Point USA. The mix-up was apparently the result of a rushed Google search.

It set off a national media rumpus. Somebody was fired. And Mr. Leazott was caught in a burst of viral fame. 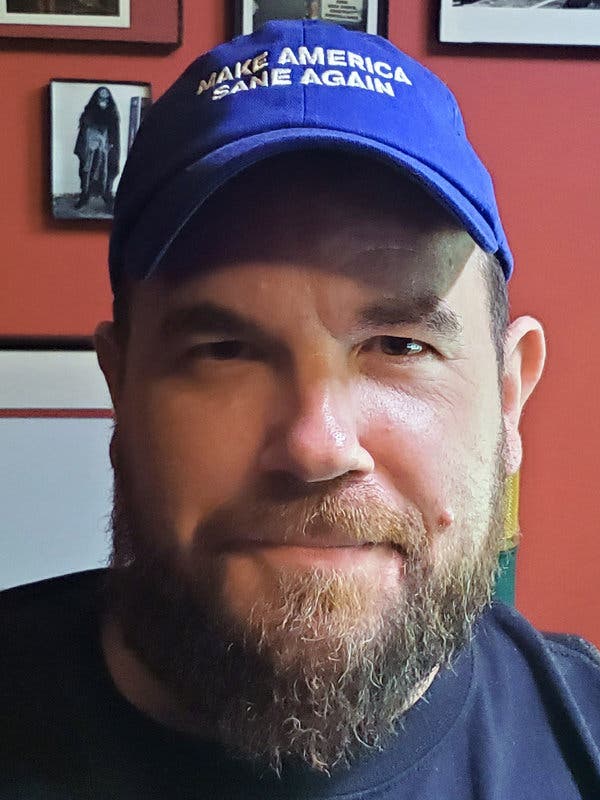 He said he came across his creation in a news article while he was scanning Reddit and drinking coffee, as one does.

In his spoof presidential seal, which he sold on merchandise online, Mr. Leazott, a graphic designer and video producer in Virginia, made a number of substitutions, some subtle and some not.

The traditional bald eagle was replaced with a double-headed one, inspired by the Russian coat of arms, and the arrows and olive branch in its talons were swapped for golf clubs and a wad of cash.

And the shield across the eagle’s chest was changed to include several instances of the hammer and sickle, a Communist symbol associated with the Russian Revolution.

“This is the most petty piece of art I think I’ve ever designed,” he told The New York Times on Thursday. “This was every petty, little thing I could think of to needle him because he was driving me bananas with his politics.”

Mr. Leazott at first had asked that his last name not be used because he was receiving hateful messages, but it was hard to stay anonymous for long. “That decision was pretty much made for me,” he said.

He was quickly outed by online sleuths who found his name and photos. “Some news organizations were contacting me saying we know your name, we are going to run it,” he said.

So he leaned in, giving interviews to other news outlets and even posting an “Ask Me Anything” thread on Reddit.

“I am the guy who created the altered presidential seal projected behind Trump,” he wrote. “It’s been a weird day. AMA!”

As his story took off, he struggled to keep up with misinformation.

Several news outlets incorrectly reported his age. (He is 47.) He was described in headlines as a former Republican, a term he said is not entirely accurate. Records show he has voted regularly in Democratic primaries and general elections since at least 2008. He said he has voted for both Republicans and Democrats, including Bill Clinton, George W. Bush and Barack Obama. And, yes, Hillary Clinton got his vote in 2016.

“Like many people I was caught up in a post-9/11 America haze and wasn’t thinking as critically as I maybe should have,” he said on Reddit, explaining his decision to vote for Mr. Bush. “I was also in my late 20s. I’m 47 now. Older, wiser and almost overwhelmingly more informed.”

And while he said he now most closely aligns with Democrats, he pushed back against efforts to categorize him in black-and-white political terms.

“There seems to be no room for nuance anymore,” Mr. Leazott said on Friday. “Everything is binary. One of the first questions many reporters asked me both yesterday and today — almost the first question they ask is, ‘Are you a Democrat or Republican?’”

The reaction has been largely positive, he said. Critics of Mr. Trump have hailed him as a hero. He said he has been inundated with requests — “more than I can count” — for merchandise on his online store, where he sells shirts, posters, mugs and other items emblazoned with the seal, as well as other anti-Trump messages.

But he has also received a number of hate messages on Facebook and Reddit, he said, so he warned his local police department on Thursday as a precaution.