Televised Campaign Address for Goldwater Presidential Campaign – 10/27/64. Watch a special “Remembering A Time For Choosing” video here: https://www.youtube.com/watch?v=ulQ7k… For more information on the ongoing works of President Reagan’s Foundation, visit us at http://www.reaganfoundation.org

If Republicans were like Ronald Reagan, and Democrats were like John F. Kennedy, this country would be going places.

Put the political views aside for just a moment, look at the speech itself. The delivery, the clarity of thought, the composition. Its just masterful oration.

This speech was written and given by Ronald Regan with no teleprompter.

Never thought I could get goosebumps from a speech 25 years older than me. Hope we get a president like Reagan before I die. 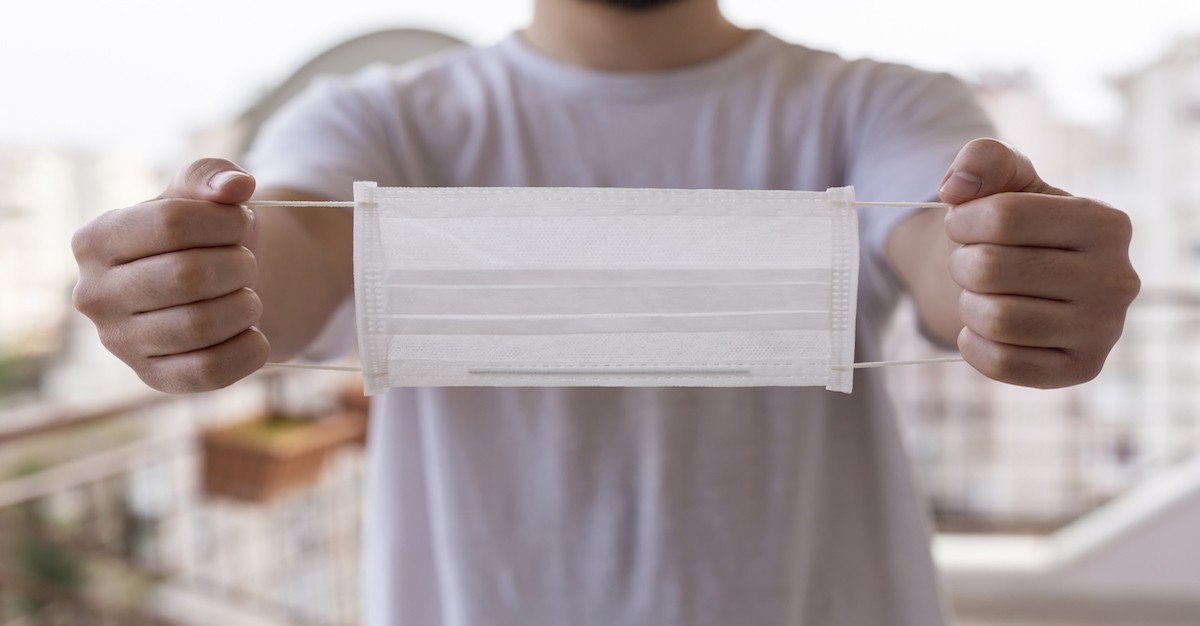 You can now be fined, jailed, and assaulted for not wearing a mask

Are you ready for this week’s absurdity? Here’s our Friday roll-up of the most ridiculous stories from around the world that are threats to your liberty, risks to your prosperity… and on occasion, inspiring poetic justice.

Governors proclaim chicken wings are not a meal

The pandemic has made Governors so power hungry that they are now telling restaurants what counts as a meal.

States like California and New York are forcing restaurants and bars to only serve alcohol with meals.

That prompted some establishments to add special menu items so that patrons who just wanted a drink didn’t have to order an entire meal.

But now that tactic has caught the eye of Comrade-Governors Newsom and Cuomo.

They have decided that not only is it within their power to tell restaurants if they are allowed to serve drinks and food, but these Governors also claim the power to dictate what counts as a meal.

The dictator of California officially decreed that buffalo chicken wings are not a meal.

Nor are reheated frozen entrees, “pizza bites (as opposed to a pizza)”, or “any small portion of a dish that may constitute a main course when it is not served in a full portion or when it is intended for sharing in small portions.”

And the dictator of New York said the food available has to be “More than just hors d’oeuvres, chicken wings, you had to have some substantive food. The lowest level of substantive food were sandwiches.”

There you have it, sandwiches are a meal, chicken wings are not. So says the politburo.

A&E loses half its viewers after canceling “Live PD”

Amid calls for police accountability, A&E canceled its reality TV show “Live PD” to try to appease the Twitter mob.

Does this seem counterintuitive to you? It does to me. Following cops around with a camera seems like it would INCREASE police accountability.

But A&E seems to think that if they stop filming the police, then transparency and accountability will improve. In other news, 2+2 = 5.

But it turns out bowing to the Twitter mob isn’t necessarily good for business.

A&E’s total prime time viewership dropped by over 50% in the week after the show was cancelled.

And the channel has hardly recovered since then. Compared to this time last year, A&E has suffered a 36% total decline in viewers.

“Live PD” and its spin-offs were by far the most successful shows on A&E and sometimes made up 85% of its programming.

Students at all 23 college campuses will now be required to take a class on either social justice, or ethnic studies.

But this new requirement was met with ANGER by the California Faculty Association.

They said it was “deplorable and disrespectful” that this requirement was passed without the consultation of CSU Council of Ethnic Studies.

And they were disappointed that the new rule didn’t go far enough, because some of the classes that fulfill the requirement are not closely enough related to ethnic studies.

This is a great reason to absolutely NEVER try to appease the Twitter mob– they won’t be satisfied, they will always want more. And YOU might even become a target for being the wrong kind of woke.

But this is a great way to truly mark the point where a college degree becomes worthless (especially when you are paying full tuition for online classes).

Woman pepper-sprays couple for not wearing masks during picnic

A couple went to a San Diego park to have lunch.

They set up their picnic, properly socially distanced from other park-goers, and removed their masks to eat.

That’s when they began being harassed by an older woman. She flipped them off, and yelled obscenities about them not wearing masks in public.

Then this woman walked up to the picnicking couple and pepper sprayed them.

It was all caught on camera by another person at the park. As the culprit walked off, she claimed she was defending herself… against people in an outdoor park, minding their own business, eating lunch.

So now, because of the Covid hysteria, people think it’s “defense” to physically attack strangers for not wearing a mask. That’s where we are as a society.

Indiana Executive Order carries 6 months in jail for no mask

First it was individual towns threatening jail time over not wearing masks.

Now the entire state of Indiana will force residents to wear masks anytime they are in public, with the threat of jail hanging over anyone who does not comply.

The Governor of Indiana thinks six months in jail is appropriate for people who don’t wear a mask in public.

But he said, “We are going to continue to try to appeal to Hoosiers to do the right thing… mask police will not be patrolling Hoosier streets.”

So then what’s that six months in jail for?

… but Mask Police WILL be patrolling Miami streets

The mask police have formed a 39-officer-strong unit in Miami to look for violators showing their dirty faces in public.

Anyone caught without a mask will be charged $50 for a first offense, then $100.

A third offense comes with a $500 fine, and arrest.

… yet somehow Federal employees are exempt from wearing masks

You can now be fined $1,000 in Washington DC for not wearing a mask in public.

That must be why the laws only apply to peasants like us, not to the important people making and enforcing the laws.

We need a new kind of human being who has both wings: the wings of knowledge, science, technology, and the wings of meditation, enlightenment, love, freedom. When both wings are functioning in a deep synchronicity, in a deep togetherness, in accord and harmony, then only man is complete, total.